Don gazes upon the smog. 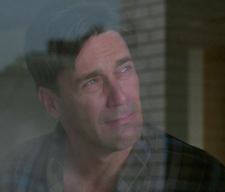 [UDPATE BELOW] In 2009 we looked back at the city's history of toxic smog, wondering "if an upcoming season of Mad Men might revolve around the smog problem in 1966." And last night we had our answer: Don Draper & Co. were submerged in a sea of smog, unable to open the windows. The only mention of the smog is when Megan tells Don, "The radio said there's a smog emergency. The air's toxic. I don't want that in here." In the world Matthew Weiner's created, this is less about the historical reference point and much more about symbolism, however, the smog did cause real problems for real New Yorkers of the time.

As we pointed out three years ago, the smoggiest day the city experienced that year was on November 24th (in Mad Men it's mentioned as Megan is preparing Thanksgiving dinner), and there are varying reports that the smog killed anywhere from 169 to 400 people in the city that year. It's also worth noting that some attribute the 1953 smog to Dylan Thomas's death, as he had pre-existing chest problems... something that Don can likely relate to, being a chain smoker. 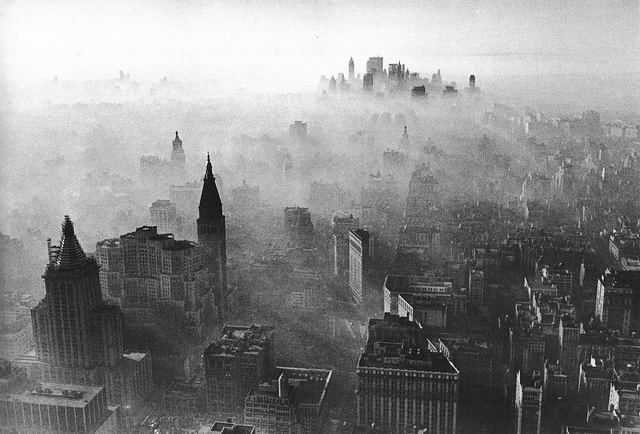 The EPA released this document on the Thanksgiving smog of that year, which included this table on the air quality that November. 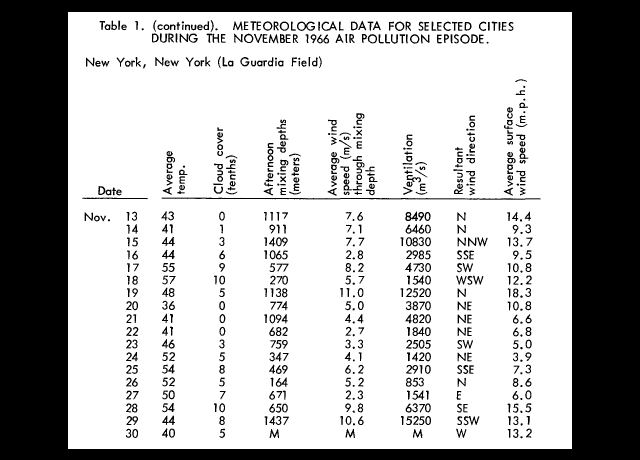 In the below clip, one New York City housewife has a less scientific breakdown of the smog, noting that "it all seems to be coming from over there in New Jersey."

The smog even crossed over into the music world, when the Beach Boys' Brian Wilson ranted about the condition in the 1970s.

We'll have more on the rest of the reference points from last night's Mad Men episode later: from Manischewitz to Weight Watchers to Sno Balls.

UPDATE: The amazing folks at the NYPL have unearthed The NY Times edition from November 27th, 1966, which featured these before and after photos of the smog that took over Manhattan... 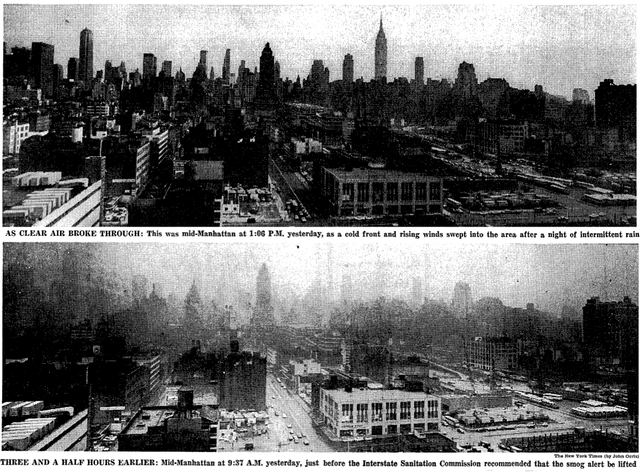 And here's the full front page, which states that most people followed restrictions during the smog, and claims that "no illnesses attributed to pollution": 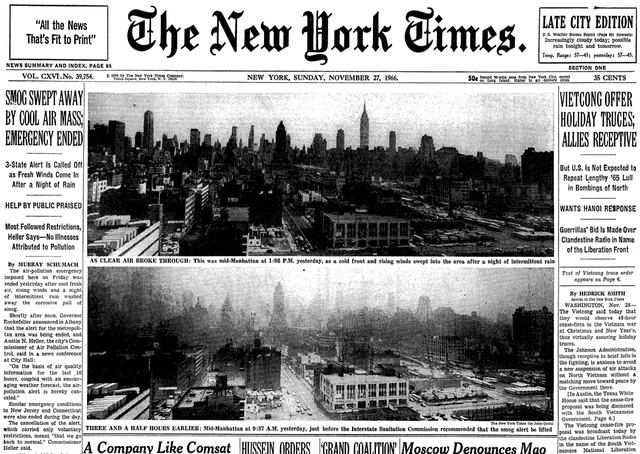 #1966
#mad men
#mad men history
#smog
Do you know the scoop? Comment below or Send us a Tip