Update Below Since 2016, The Lot Radio has been an invaluable community hub for underground music scenes coalescing throughout New York City and beyond. The independently-run online radio station, housed in a shipping container on a triangle-shaped lot in between Williamsburg and Greenpoint, broadcasts around the world and has an open-air space where listeners can have a beer and listen to music. The programming evolves week-by-week, and includes residencies from scores of local artists, dispatches from record stores and labels, and international artists while they’re making tour stops in New York. (Full disclosure: I have DJed at The Lot Radio in the past.)

But last week, the Department of Health shuttered the café kiosk attached to the station after an inspection yielded several health code violations. The kiosk, which sells snacks in addition to beer, wine, and coffee, is how the station sustains itself financially, says founder Francois Vaxelaire. “We wanted to prove that it was possible for not-for-profit cultural projects to finance themselves,” Vaxelaire tells Gothamist. “We don’t have any grants from the city... we survive by ourselves, by selling our little cups of coffee and little cans of beers.”

The cafe’s temporary closure comes on the heels of the station’s upcoming third-anniversary blowout at Brooklyn Bazaar, on February 9th. 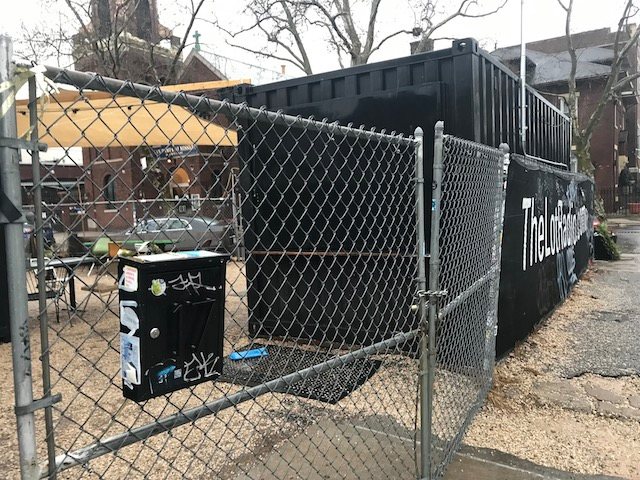 The kiosk, which sells snacks and drinks, has been closed by the Department of Health until further notice. (Paula Mejía / Gothamist)

Last week, Vaxelaire posted a note on the kiosk informing the community of what had happened. For years, he says, the station has operated legally with a license from the New York State Department of Agriculture and Markets [DAM]. He notes that over the summer, someone from the neighborhood began calling the Department of Health repeatedly with “nonstop” anonymous complaints about the station, such as that it remained open until 4 o’clock in the morning (the station closes and the gates are locked at midnight, nightly). The Department of Health came by, and determined that The Lot needed to be under their jurisdiction.

Update: “Following a visit to the firm, it was confirmed it was a food service establishment and should be regulated by the NYC DOH,” a DAM spokesperson told the Greenpoint Post, “The firm was referred to NYC DOH." A DAM spokesperson said in an email to Gothamist that the kiosk had not been licensed through them, and that they hadn't received applications from The Lot.

The Lot presents an unusual case for permitting, in that it’s neither a traditional food service establishment nor a mobile food vendor. DAM licenses retail food facilities and food manufacturing firms, and The Lot's kiosk doesn't fall under either of those categories. This means that regulations required of a traditional restaurant prove to be more challenging for unorthodox spaces—for instance, the fact that The Lot has Porta-Potties on-site, and employees use the bathroom at the San Damiano Mission Catholic Church across the street, isn't typical. The Department of Health didn’t approve the work-around about the bathroom, among other things, in their report. At press time, the Department of Health had not provided a comment. 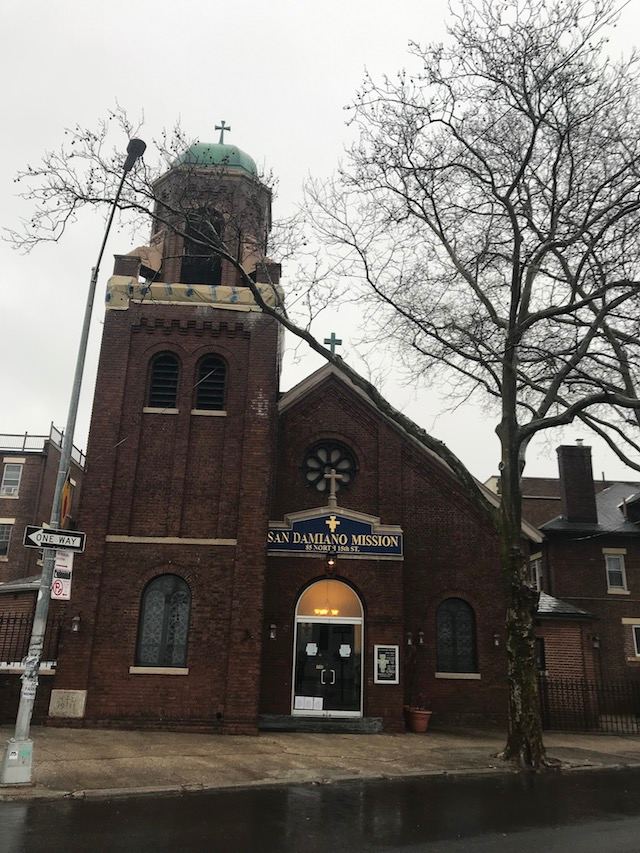 “The shutting down appears kind of dramatic from the outside, but it’s basically the beginning of a conversation,” Vaxelaire says. At the moment, Vaxelaire has been speaking with the Health Department, as well as the Office of Nightlife to find a way to make the space work, and to apply for code exemptions that would allow it to continue running the kiosk.

Ariel Palitz, Senior Executive Director of the Office of Nightlife at the Mayor’s Office of Media and Entertainment, said in a statement to Gothamist: “One of the primary reasons for the establishment of the Office of Nightlife was to support creative spaces. We have been working to connect them to the right people at the City’s Health Department, to help come up with a workable solution. We are hopeful there can be a path forward to resume their kiosk operations as quickly as possible, so they can continue to broadcast New York’s creativity around the world.”

While the kiosk itself is closed for now, the station remains live-streaming as usual online, its robust chat section as meme-filled as ever.

#department of agriculture and markets
#department of health
#doh
#greenpoint
#kiosk
#Music
#the lot radio
#underground
#williamsburg
#original
Do you know the scoop? Comment below or Send us a Tip