[UPDATE BELOW] The press conference about today's surprise free Radiohead show at Zuccotti Park in Lower Manhattan is happening now, and there are conflicting reports about what the hell is going on here. A spokesperson for the Occupy Wall Street protesters is telling reporters that the show is confirmed for 4 p.m., but the band's publicist tells us it is "officially not true." We'll update and liveblog as we know more.

Update 1:43 p.m.: The Occupy Wall Street crowd says don't believe the band's management, believe the demonstrators who are hungry for more publicity. Hero Vincent, an artist who is serving their pr spokesperson, tells us Radiohead's management is denying it because they don't want a million people here. "They will 100 percent be here," he says. But it's "not confirmed that there will be a show, only confirmed that they will make a performance." A protester also insists they have had direct email confirmation from band members that they will perform. From thomyorkecreep@yahoo.com?

Meanwhile, the band's publicist has updated their website with this: "RADIOHEAD IS NOT PLAYING WALL STREET TODAY nor were they ever confirmed to do so." But what's The Universal Sigh reporting?!

Update 1:55 p.m.: A source with MoveOn.org also maintains that Radiohead WILL play, and that the band's management has "officially" denied any performance because the band wanted this to be "only for the protesters." A spokesperson for the Mayor's office has not responded to requests for comment, but police have put in new barricades at Wall Street and Nassau.

The possibility of a big, disorganized free concert calls to mind the great Drake shitshow concert at the South Street Seaport last year, and the Justin Bieber mall riot!

We're getting the sense that Radiohead may have wanted to show up unannounced and play for the demonstrators, but someone connected with the protest leaked it to Gawker to get the publicity they're now savoring. 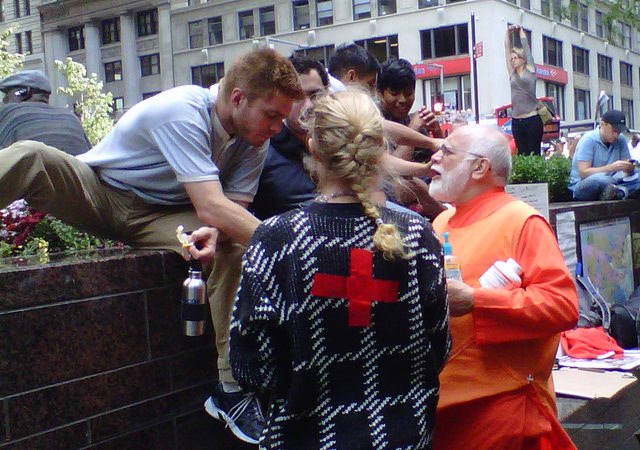 Update 2:30 p.m.: They're currently passing out cough drops (above) to help demonstrators shout louder. Reporting from the scene, Bethany O'Grady tells us, "This is where the action is happening and where Radiohead will address the public. The protesters are joking that Radiohead will be giving massages with happy endings." Anyone else feel like you're watching a sad live-action remake of It's the Great Pumpkin, Charlie Brown?

Update 2:39 p.m.: Rough guesstimate: there are approximately 1,500 people down at Zuccotti Park, with many streaming in. 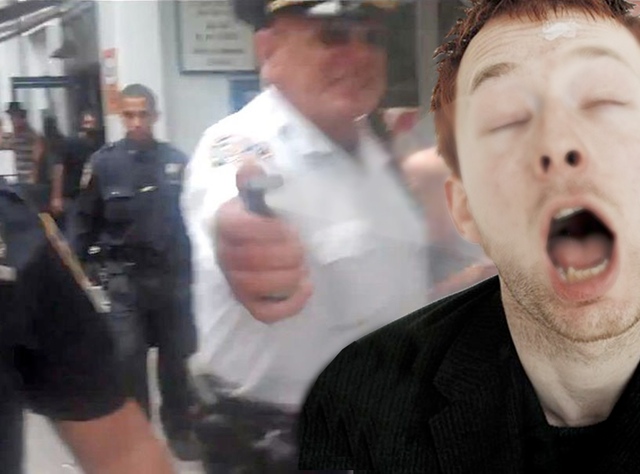 Update 2:53 p.m.: CNN has set up a unit at Zuccotti Park, and CNN's Jeremy Ryan has not walked back confirmation of a Radiohead performance. One protester asks us, "Are you ready for the crystallization of the theft of this movement? Last night was the shift in this movement." Here's a photo from the park, taken moments ago: 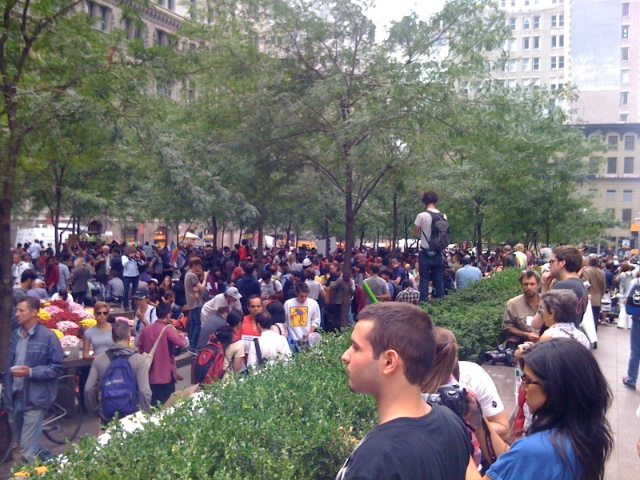 Update 3 p.m.: An Occupy Wall Street spokesman, Hero Vincent, claims to have direct contact with the band, and insists he has received "reconfirmation" that there will be a performance. (If true, we hope they vary the set list a little from the two all but identical shows at Roseland!)

But then whoever's doing the Twitter feed for Occupy Wall Street retweeted this: "#Radiohead pulled out b/c the surprise concert was announced to the world by #occupywallstreet #Fail." We get the sense that this loose affiliation of leaderless protest groups is sending mixed messages!

Update 3:20 p.m.: Patrick Bruner, the Occupy Wall Street spokesman who earlier confirmed the concert, emails this carefully-worded statement: "The concert is unconfirmed. Sorry about this - I'm in the dark as much as you as to what's going on right now." Hero Vincent, another Occupy Wall Street spokesman, says Radiohead are on their way, and are going to be in the middle where general assemblies are held. This really is The Great Pumpkin Hipster Charlie Brown. 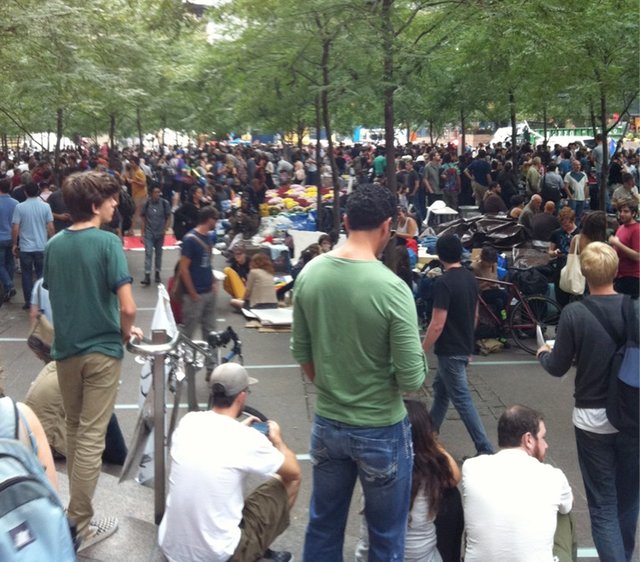 Update 3:30 p.m.: On Facebook, Radiohead writes, "We wish the best of luck to the protesters there, but contrary to earlier rumours, we will not be appearing today at Occupy Wall Street." At Zuccotti Park, there is a wire being strung from the media booth to the middle where the general assemblies are held. Hero Vincent tells us that at 4 p.m. everyone will be asked to sit down and let Radiohead walk right through the park to the center were the media center is. And then the Great Pumpkin will rise up over the pumpkin patch...

At 3:45 we will be starting a new post with a live stream of... something?

Update 3:40: p.m. Patrick Bruner, the Occupy Wall Street spokesman who earlier confirmed the concert, emails, "I got hoaxed. Radiohead was never confirmed. Completely our fault. Apologies. The band were victims in this hoax as well." For more, we turn to Fox News! 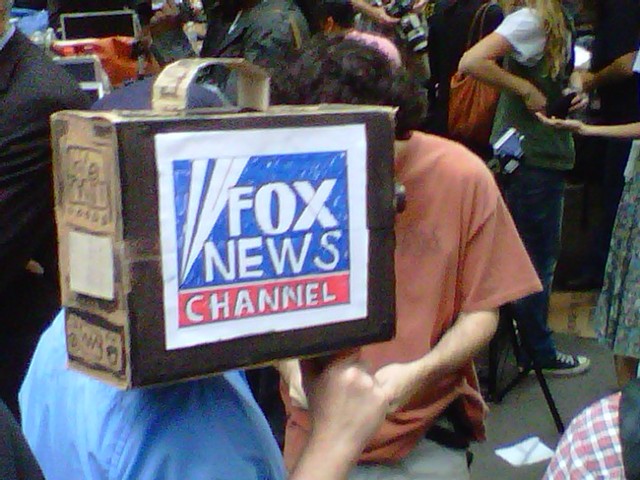 #occupy wall street
#radiohead
Do you know the scoop? Comment below or Send us a Tip