It's Day 17 of Banksy's residency on the streets of NYC, and his latest piece has just been posted on Instagram. It's in Bed Stuy, and when we find out where exactly we'll update this post. (Many are already pointing out that it looks to be inspired by Kara Walker's work.)

On his website, Banksy also addressed the over-the-top NY Post front page headline this morning which declared: "FIND BANKSY," and claims the "police are going ALL OUT to find him." Banksy's response: "I don't read what I believe in the papers."

UPDATE, 11:10 a.m.: The piece is in WILLIAMSBURG (this isn't the first time Banksy, aka our favorite tourist, has given the wrong neighborhood). The piece is at Cook Street near Graham Avenue—thanks Animal.)

UPDATE 11:45 a.m.: Nic Garcia is on the scene and reports, "Big crowd forming. Someone talking to building owner about preservation... A renovation company is willing to chop it out of the wall and replace the wall to auction it under the condition proceeds go to nyc schools. Building owner not seeming to comprehend magnitude of work but willing to get it preserved."

UPDATE 11:50 a.m.: Someone just dissed the piece! Garcia says a guy walked up with his spray paint can and started hitting the images of the geishas but people grabbed him to stop him, "The building manager grabbed him and threw him down and was calling the cops but the guy bolted." 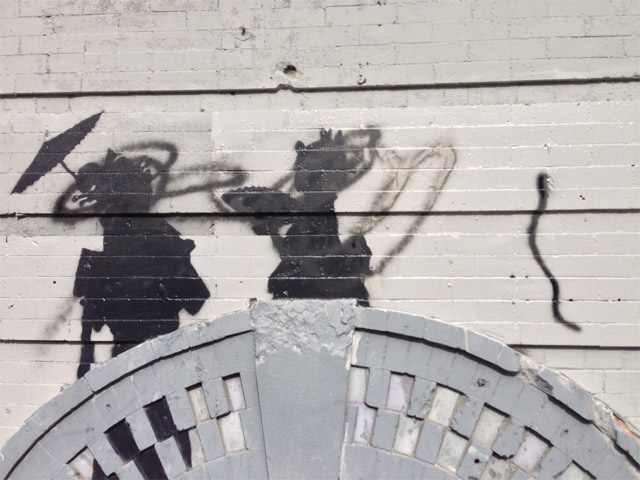 The defacer is apparently named STF and he came back. Here's a photo of him on the ground. 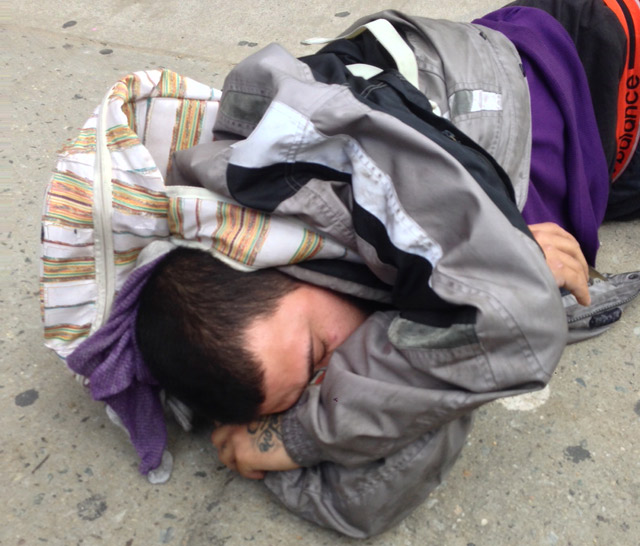 And Manny Peralta got one of him standing: 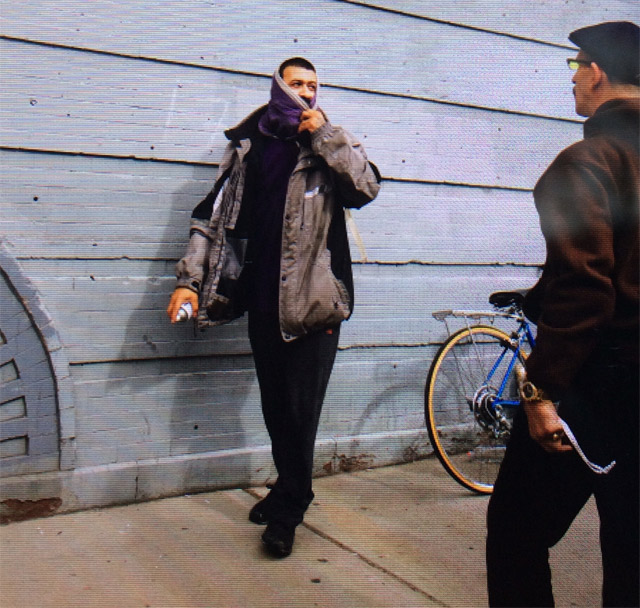 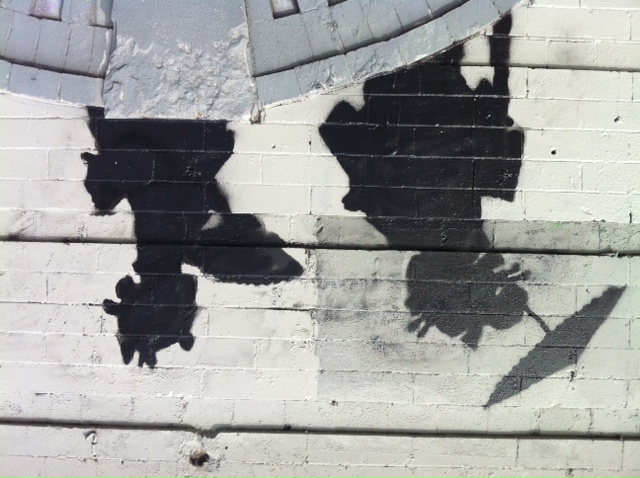 Check out this video from Robert Stevens, who tells us, "Left to right on the wall cleaning are Sean Delacy, Phillip Shoultz and Alex Solether. Phillip, in the middle, is holding his iPhone up to the wall. It has an image of the original work from Banksy's website so Sean and Alex can refer to it as they clean the tag off." Others involved are Justin Crawford, Malcolm Wilson and Ron Ulip.

#banksy
#bed stuy
#better out than in
#brooklyn
#street art
Do you know the scoop? Comment below or Send us a Tip