It's unclear if Banksy actually bombed the neighborhood of DUMBO, but here's something he did do in Brooklyn: This street art piece depicting a heart-shaped balloon, covered in bandages. 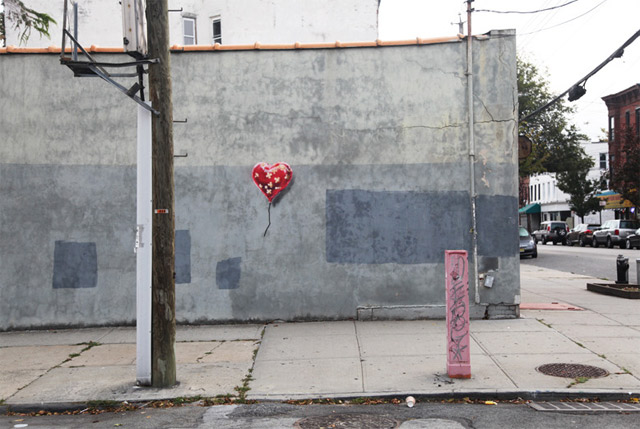 The audio accompanying the installation says, "The helium balloon. An object of such poetry. Its lightness, its fragility, its way of wandering on a breeze. This piece is obviously an iconic representation of the battle to surviving a broken heart. It's an uplifting visual poem to that most fragile of human emotions." Aww—Banksy's gone all sentimental on us.

This looks like North Brooklyn to us—where do you think it is?

Update: It's in Red Hook—Animal New York says it's on King Street, right off Van Brunt. And the Google Map supports this! 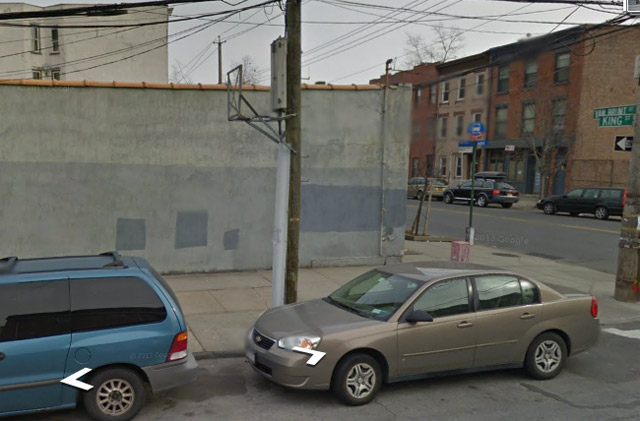 #banksy
#better out than in
#broken heart
#helium balloon
#NY
Do you know the scoop? Comment below or Send us a Tip