The song said 1969, the mustaches, big hair, and high hemlines said 1970s, and Roger's dickish attitude almost had an air of 1980s to it. The return of Mad Men last night had us almost exactly 45 years back in time, however—something we don't really find out until the end of the episode, when Don Draper is seen watching President Nixon give a speech that was delivered on April 30th, 1970.

The real question is: what year is Don Draper living in, within?

We open with single-again Don at a casting call for fur coats—a nod to his past life as a fur salesman, when he first met Roger. He's then sitting with Roger at a diner, surrounded by women, freely talking about his early life growing up in a brothel. He doesn't mention the name Dick Whitman, but it's clear he's become more comfortable with him—even if just anecdotally, this is not something Don would have talked about previously. This is a new and old Don all at once—he's moving forward, he's staying in the same place, and he's still somewhat haunted by his past.

Let's focus on Present Day 1970, though. In Nixon's April 30th speech, he's telling the nation: "Ten days ago, in my report to the nation on Vietnam, I announced the decision to withdraw an additional 150,000 Americans from Vietnam, over the next year. I said then, that I was making that decision despite our concern over increased enemy activity in Laos..." Check out the full speech below.

You can watch the full episode for free on AMC. Below, some more historical timestamps from the episode: 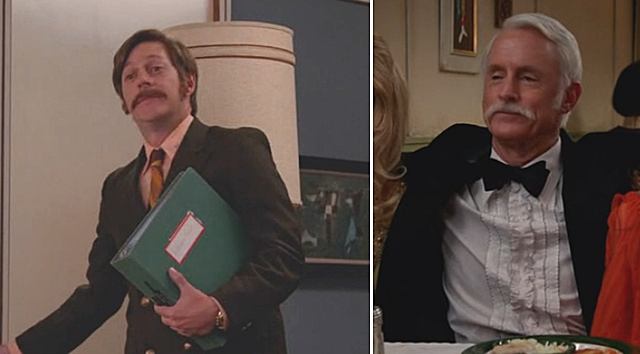 The Chevron mustache was quite popular in the 1970s (and 1980s). These mustaches cover the area between the nose and the upper lip—it's a pretty full-bodied mustache, which has been sported by everyone from Ron Jeremy to Tom Selleck. And now Ted Chaough and Roger Sterling. 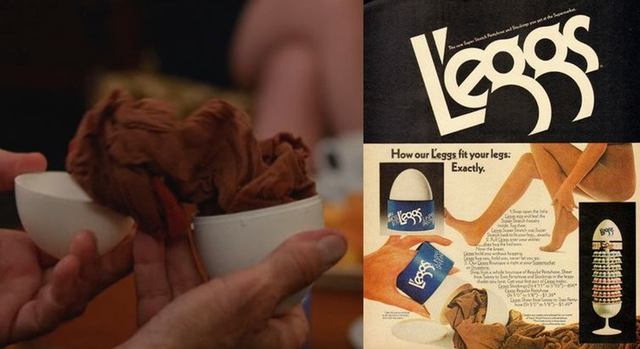 Longtime SC&P client Topaz pantyhose are concerned about L'eggs, a new competitor that delivers their product in a plastic egg. L'eggs were brought to the market by Hanes in 1969, and became popular in 1970. They were created by Roger Ferriter in New York City, who had the last minute legs rhyme with eggs revelation, and added a French twist, which was a popular thing to do at the time. Three years later, No Nonsense pantyhose were released as a direct hit at the gimmicky nature of L'eggs. 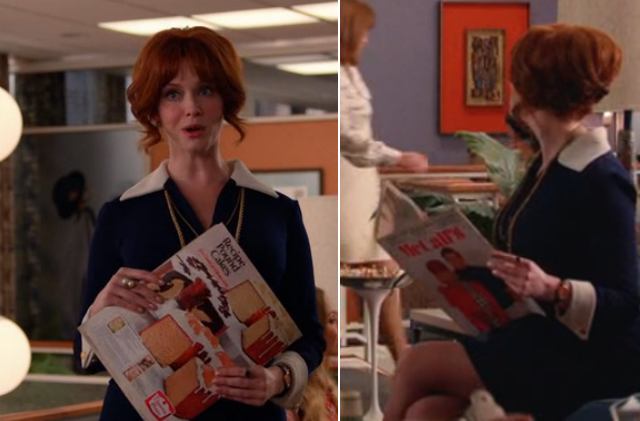 While waiting to meet with Don, Joan is flipping through an issue of McCall's. This was the May 1970 issue, which featured Tom and Nancy Seaver on the cover. The articles inside included: The Story of Weight Watchers, The Rules of Chaos, and Why Clothes Cost So Much. The cover story was The Beautiful Seavers: Married love is alive and well in 1970... followed by Masters and Johnson: Married love is trouble in 1970.

The Seavers are still married to this day, and have two daughters. At the time, Tom Seaver was in the midst of his pitching career with the Mets. On April 22, 1970, while playing the San Diego Padres at Shea Stadium, he set a major league record by striking out the final 10 batters of the game. Between 1970 and 1976, he led the National League in strikeouts five of the seven seasons.

Meanwhile, Masters and Johnson published their bestseller, Human Sexual Inadequacy, in 1970—here's the NY Times write-up from July of that year. 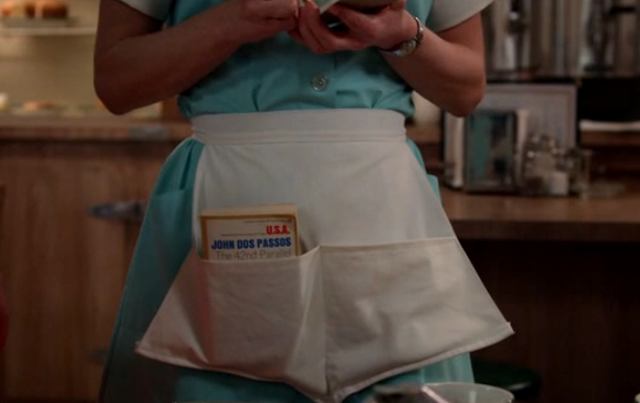