Unpacking Last Night's Mad Men: Have A Coke And A Cry If you didn't watch the Mad Men series finale last night, be warned there are SPOILERS AHEAD, and in the gallery of photos above, and all over Twitter, and hiding in the trees outside... Below, we take a closer look at the last moment of the show.

When Don Draper moved over to McCann Erickson earlier this season, he was greeted with a gift: Coca-Cola. But instead of taking charge of one of the most coveted accounts in advertising, Don walks out of the offices and starts driving across America without much of a plan, and by the end with barely a shirt on his back. His world and the people in it are left in the dark, aside from Sally... but did Don actually bring Madison Avenue with him out into the great wide open? Had he been subconsciously working on this ad campaign the whole time? 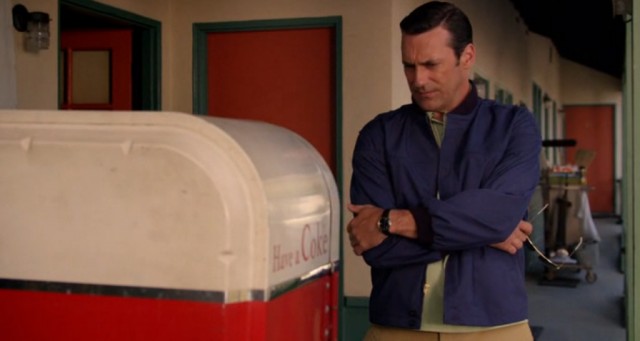 In the penultimate episode, Don contemplated a broken Coke machine.

Last night's Mad Men series finale ended with Don having a breakthrough—emotionally and, it seems, creatively. While the ending is just ambiguous enough, it appears that Don uses his experience at the hippie retreat (most likely inspired by Esalen in Big Sur—more on SFist about that), to create one of the most iconic commercials in the history of modern advertising: Coca-Cola's "Hilltop" ad, which debuted in 1971. (Currently it's October/November 1970 in Mad Men time.) 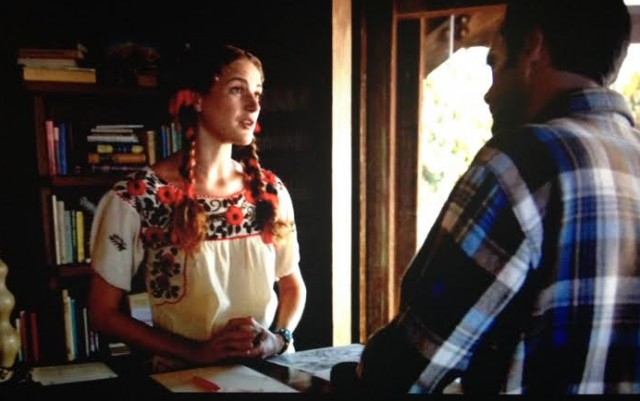 Don talking to a woman at the hippie retreat... who looks just like a woman in the real commercial.

The real ad was created by Bill Backer, creative director on the Coca-Cola account for McCann Erickson, who did get the inspiration for the ad in an unusual way, although not while meditating. According to the company's website, Backer "was flying to London to meet up with Billy Davis, the music director on the Coca-Cola account, to write radio commercials... to be recorded by the New Seekers, a popular British singing group. The heavy fog in London forced the plane to land in Shannon, Ireland. Passengers had to remain near the airport in case the fog lifted. Some of them were furious about their accommodations. By the next day, Backer saw some of the most irate passengers in the airport cafe. Brought together by a common experience, many were now laughing and sharing stories over snacks and bottles of Coca-Cola." Backer himself wrote about the scene and the inspiration that followed:

"In that moment [I] saw a bottle of Coke in a whole new light... [I] began to see a bottle of Coca-Cola as more than a drink that refreshed a hundred million people a day in almost every corner of the globe. So [I] began to see the familiar words, 'Let's have a Coke,' as more than an invitation to pause for refreshment. They were actually a subtle way of saying, 'Let's keep each other company for a little while.' And [I] knew they were being said all over the world as [I] sat there in Ireland. So that was the basic idea: to see Coke not as it was originally designed to be—a liquid refresher—but as a tiny bit of commonality between all peoples, a universally liked formula that would help to keep them company for a few minutes." 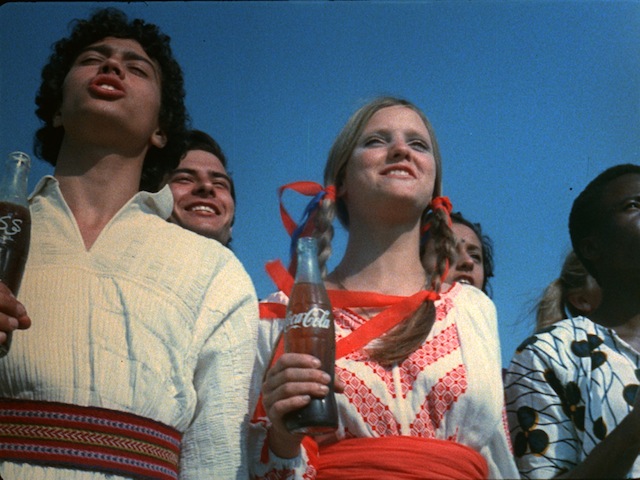 Backer told Davis about his "buying everybody in the world a Coke" idea and Davis responded, "Well, if I could do something for everybody in the world, it would not be to buy them a Coke. I'd buy everyone a home first and share with them in peace and love." It was decided to fit Coca-Cola into that concept, and it was actually Harvey Gabor, of Backer's creative team, that came up with the commercial idea, called, "The First United Chorus of the World."

After a few failed film shoots, there was finally success (thanks in part to a $250,000 budget)... and the location for the commercial shoot has some meaning to Matthew Weiner and the show. You know how he wrote in his original notes, way back in the '90s, that Don would go to Rome towards the end of the series? This commercial was shot in and around Rome.

Five hundred young people were hired for the chorus from embassies and schools in Rome. The Italian film company Roma Film filmed the commercial and this time the weather cooperated. Close-ups of the young "leads" were actually filmed at a racetrack in Rome, separate from the larger chorus shots.

And here it is:

And so the last word uttered in Mad Men, before cutting to "commercial," is the ancient Sanskrit mantra Om, which Hindus believe to be the sound of the first vibration of life. It's also something Freddy Rumsen unconsciously worked into his presentation of Don's Accutron watch pitch, way back at the start of season 7, after staring directly into the camera and asking, "Do you have time to improve your life?"

#coca-cola
#don draper
#mad men
#original
Do you know the scoop? Comment below or Send us a Tip