Next week Mad Men will finish out the season and still no one is dead! (Though Don is enjoying the fetal position a little too much these days.) Let's look at what we saw in last night's episode, which seems to have brought us into October 1968, and how it all compares to real life. Warning: some may consider these things spoilers! You have been warned. 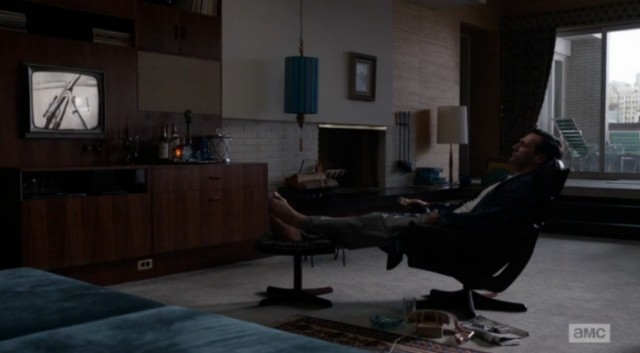 The Nixon ad that Don saw on TV was a real one that ran in 1968 with a focus on battling crime. In it, Nixon tells Americans overs some suspenseful music: "In recent years, crime in this country has grown nine times as fast as population. At the current rate, the crimes of violence in America will double by 1972. We cannot accept that kind of future for America. We owe it to the decent and law-abiding citizens of America to take the offensive against the criminal forces that threaten their peace and their security, and to rebuild respect for law across this country. I pledge to you: the wave of crime is not going to be the wave of the future in America."

ROSEMARY'S BABYRosemary's Baby gets another mention on the show, this time for its big screen adaptation by Roman Polanski (ahem), which Don found "disturbing" and Megan though was "really, really scary." The two see the movie well after it hit theaters in June that year—at that time, The NY Times declared that it wasn't THAT scary: "You can see the movie, and like it, without risking terrors or nightmares." Here's the original trailer:

Megan also comments on the apartment in the movie, saying, "I would never live in an apartment that old, it's creepy." The apartment was in the Dakota, across the park from the Draper's modern digs. (Scouting NY has a great list of other locations used in the movie.) 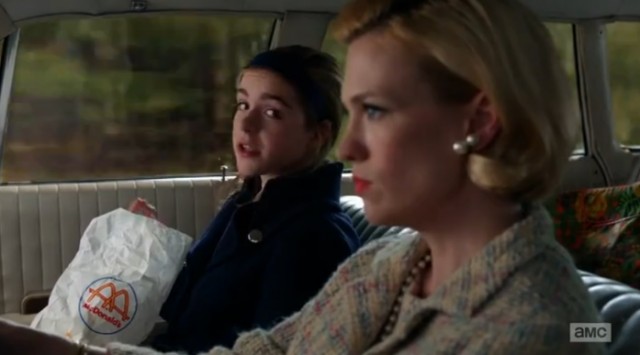 Sally is enjoying some take-out from McDonald's in the car, and even Betty can't resist asking for one of her fries... but what else is in the bag? The chain (which geared a lot of commercials towards kids in the '60s) just introduced their famous Big Mac burger that year, complete with lots of special sauce.

It was only recently revealed that the special sauce contained mayonnaise, sweet pickle relish and yellow mustard whisked together with vinegar, garlic powder, onion powder and paprika. 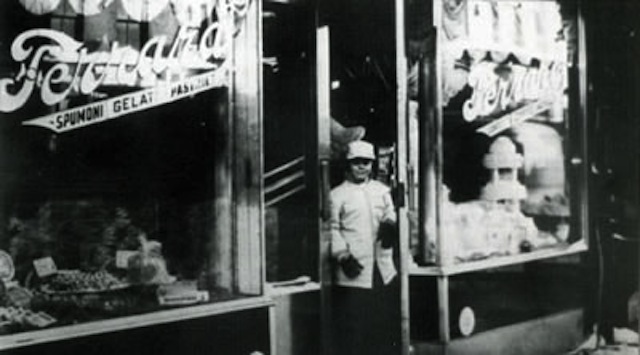 Joan got cookies from the legendary Ferrara for a meeting. The Grand Street shop has a long history, opening in 1892 and still a family owned and operated establishment today. You can even still order a similar platter to the one that was offered to SC&P clients, starting at around $35.

Not a bad job replicating the wallpapered rooms.

In the episode, Sally is interviewing to attend Miss Porter's School, located in Farmington, CT. The boarding school has been attended by "generations of debutantes and heiresses, including Jacqueline Kennedy Onassis, Gloria Vanderbilt, and Barbara Hutton," Vanity Fair noted in their expose of the school's unspoken codes a few years ago.

And now, we'll leave you with this Vine:

#mad men
#mad men history
#tv
#unpacking mad men
#original
Do you know the scoop? Comment below or Send us a Tip
A new Gothamist is coming! We’ve moved comments over to our beta site. Click here to join the conversation and get a preview of our new website.