Last night's Mad Men took place in January of 1968, and here are some of the historical timestamps we spotted throughout the show:

Pete Campbell's description of the musical: "It's just filled with profanity, marijuana smoking, and simulated sexual acts... and a few songs." The 1967 off-Broadway show (which premiered at the Public) hit the Broadway stage in 1968, with thorough changes. The road to Broadway may have been pretty quick, but it wasn't easy—"the Shuberts, Nederlanders and other theater owners deemed the material too controversial," but through some string-pulling and family connections, theater owner David Cogan offered the Biltmore Theatre. Here's the NY Times review (PDF) of the show, and above watch the cast on The Tonight Show with Johnny Carson in September 1968. 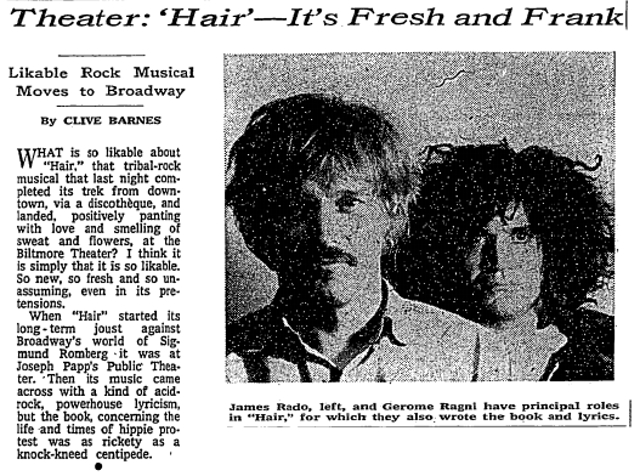 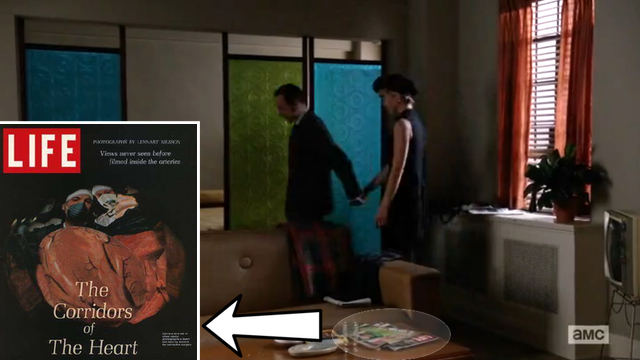 The eagle-eyed Bowery Boys note that the LIFE magazine on Pete's coffee table is from January 19th, 1968—the cover story was called The Corridors of the Heart. The "first adult human-to-human heart transplant in the United States, at Stanford University School of Medicine in Palo Alto, California, under the direction of Dr. Norman Shumway" took place in January of 1968.

Don & Co. have an informal meeting with Big Ketchup, after which Ken Cosgrove declares: "It's the Coca-Cola of condiments!" Peggy later lets it slip to her new boss that her former firm met with Heinz, so they may end up stealing the business—which one would have come up with the ad above? 1968 was also the year that Heinz introduced the wide-mouth bottle. 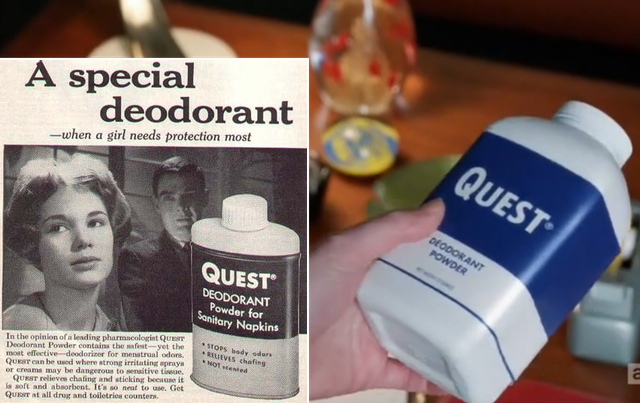 The young men under Peggy's employ at the ad firm put a feminine deodorant product on her desk as a gag. The product was called Quest, and it was real—here's an old ad for it. Quest had been around for a bit by that point... and you can actually buy an old Quest tin (where else) on Etsy.

Before The Tonight Show aired on January 31st, 1968, Johnny Carson announced, "But because of the critical war situation around Vietnam, especially in Saigon, NBC for the next 15 minutes is going to bring you a special news program via satellite." Carson's guest that night was New Orlean's district attorney Jim Garrison, who was there to discuss JFK's assassination. You can listen above.

Don says he hadn't followed the news that day, but the major world news in the background of this episode (and why Carson got a late start) was the Tet Offensive (the "Pueblo situation" in North Korea is also mentioned, which Don did know about). The Tet Offensive took place on the first day of the celebration of the Lunar New Year that year, January 31st, when the Vietnamese Communists launched a major offensive throughout South Vietnam. The Vietcong's surprise attacks that day began to change Americans' opinions about the war. 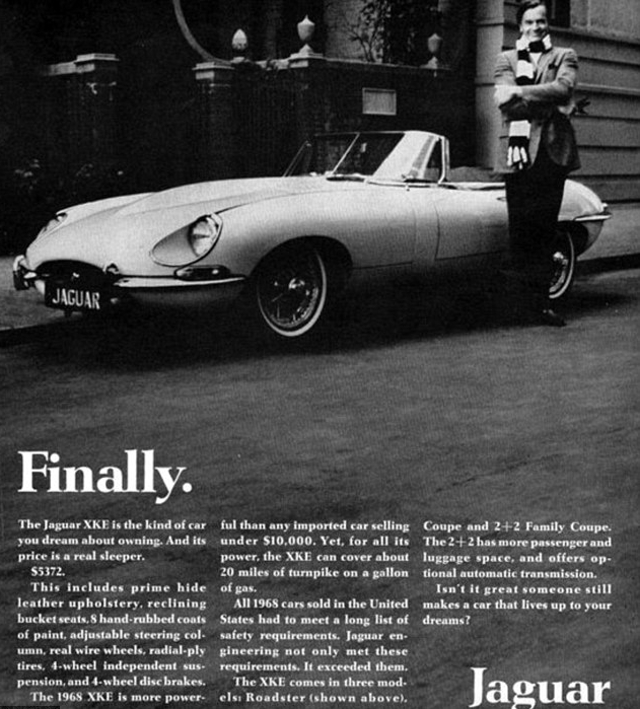 The team scored Jaguar, their first automobile client, last season, and in last night's episode a local New Jersey Jaguar car salesman is trying to get more local attention through the national ad campaign. Here's a print ad from 1968 for a Jaguar XKE model.

And we're currently trying to figure out what restaurant Don and Sylvia dined in last night.

#1968
#mad men
#mad men history
#tv
#original
Do you know the scoop? Comment below or Send us a Tip