Last night was Matthew Weiner's seemingly seasonal "Don is sick and everything gets weird" episode of Mad Men. Here's a close look at what we saw and who we met—from "Dr. Feelgood" to the I Ching—and how it all compares to real life: 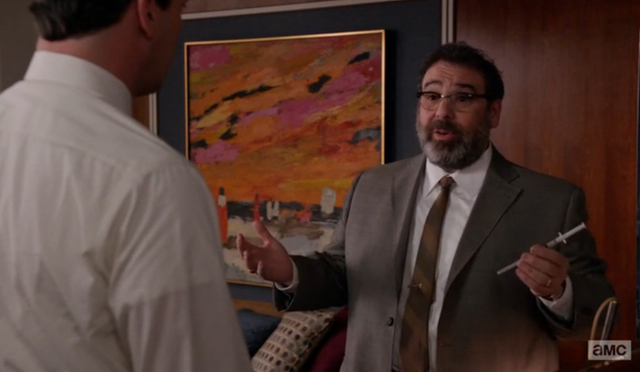 The doc in last night's episode that gave the staff the "vitamin" shots was likely based on the real life Dr. Feelgood. In real life, Dr. Feelgood was Max Jacobson, "a doctor who had invented a secret vitamin formula that gave people renewed energy and cured their pain." One of his patients was President John F. Kennedy, and the doc was given his nickname by his Secret Service detail. The formula was unsurprisingly less vitamin-based and much more methamphetamine-based—it's said to have had amphetamines, vitamins, painkillers, and human placenta in it. One viewer says Feelgood "was really running around Madison Avenue during the late 60s... giving speed shots." 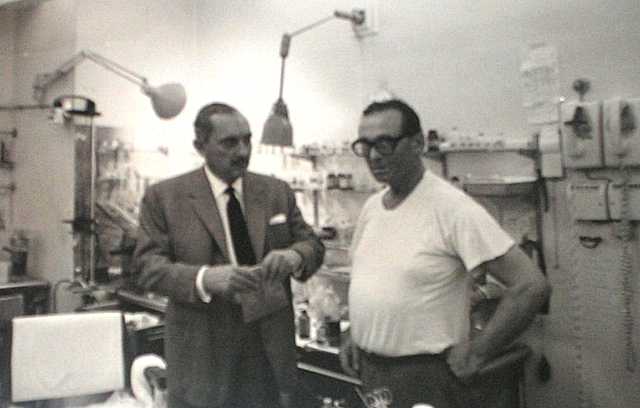 Jacobson was hooked on his shots, and became "increasingly bizarre" working 24-hour days. But in 1969, one of his clients, former Presidential photographer Mark Shaw, died at the age of 47. "An autopsy showed that Shaw had died of 'acute and chronic intravenous amphetamine poisoning.' The Bureau of Narcotics and Dangerous Drugs seized Jacobson's supply and his medical license was revoked in 1975 by the New York State Board of Regents." 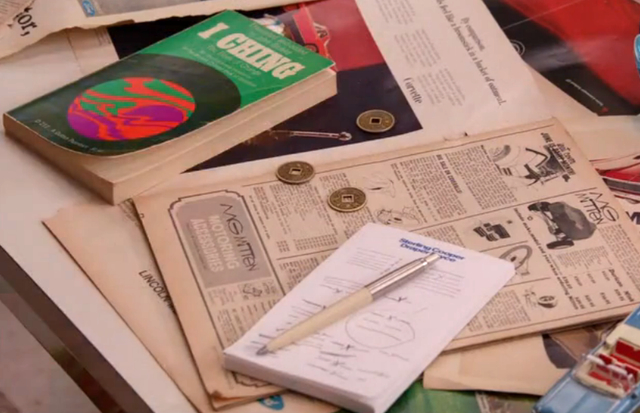 Wendy the flower child is reading everyone's I Ching coins (she used bronze Chinese cash coins from the Song Dynasty). In the 1960s, the I Ching was all over pop culture: it showed up in the soap opera Dark Shadows, and in the Wonder Woman comic book (when an elderly mentor known as "I Ching" is introduced). And George Harrison, who composed The Beatles' "While My Guitar Gently Weeps" (recorded in 1968) said he "picked up a book at random, opened it, saw 'gently weeps,' then laid the book down again and started the song."

You can throw your own coins (instructions), or throw them virtually right here... but "if you don't take the I Ching seriously, it will not work."

Sally is reading Rosemary's Baby, which was published in 1967 and was adapted to film the following year by Roman Polanski. (Is Sally Rosemary's Baby?) Part of the movie was filmed at The Dakota, off Central Park West... on the other side of the park from where Don and Megan live. The book likely added to Sally's unsettled feeling about the city following the incident with "Grandma Ida." 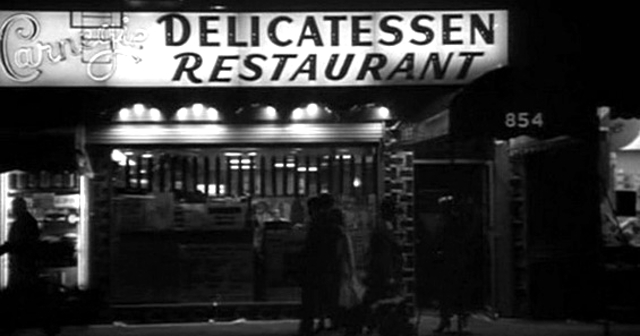 There was at least one NYC restaurant reference, when a creative staffer declares: "Carnegie Deli has great soup." The deli, located at 854 7th Avenue (between 54th and 55th Streets), opened in 1937, and in the 1960s customer favorites were pastrami and corned beef (has anything changed?). The NY Times looked back at the city's delis a few year ago, noting, "In the 1960s there were 300 kosher delis in the city and suburbs and a Greater New York Delicatessen Dealers’ Association. That group is long defunct, and you can count the number of marquee delis left in Manhattan on one hand: Carnegie, Katz’s and Stage [ed. note: now closed], none of them kosher."