Unpacking Last Night's Mad Men: From Communes To The Mets

[SPOILERS AHEAD!] Below, we unpack some of the real life references throughout last night's Mad Men—where a newspaper headline and baseball season seem to indicate we're in April already. The episode shows Don finally deciding to get back to work after a few weeks back in the office—while we haven't seen any ad magic from him, he really perfected his Death Stare. We don't hear or see much from Los Angeles (has Megan been murdered by Manson yet?). And the battle between man and machine is imminent, as a massive IBM computer system replaces one of the creative office spaces.

THE CULT OF HIPPIE

Margaret has officially gone Full Free Love—abandoning her family, joining a commune in Kingston, NY, and changing her name to Marigold. Roger's (first) ex-wife, Mona, tells him of the news before the two team up to bring her back down to earth: "She's upstate with some sort of religious cult. Apparently she woke up one morning and got in a van with some hippies she barely knew. She's off her rocker, and she's run away with more than one lover." In July of 1969 LIFE magazine did a cover story on The Youth Communes—inside the issue there was a story and photographs showing "refugees from affluence, young pioneers flee society to seek a new life." 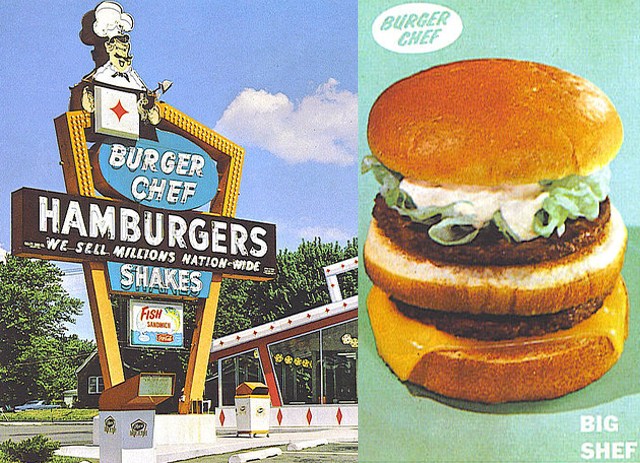 Burger Chef in 1969, and their Big Shef sandwich

This was a real fast food chain, founded in 1954 and finally fading out in 1996 (there was one on Staten Island). It was about to hit its peak popularity in 1973, a few years after current Mad Men time (see photos from the 1960s here). Their slogans around that time were "We'll always treat you right," and "There's more to like at Burger Chef." Here's 12 whole minutes of Burger Chef commercials!

THE METS
Is there anything better than Don drunkenly belting out the "Meet the Mets" jingle? (Here's the '69 version Don was singing.) While he never made it to the game, it's no surprise he had his sights set on Shea—this was a good time for the Amazin' Mets, who won the World Series that year.

Maybe this 1969 Mets pennant on sale at the MLB shop will replace Don's current one (a Lane Pryce hand-me-down).

"The Titanic of ABC's prime time history!" Harry is talking about the show, saying, "Well it was a variety show and it featured this computer that was programming the variety acts. And they had a lot of psychedelic graphics... it got cancelled 11 minutes into the premiere. Tim Conway plays the guy who's trying to kill himself the whole show." The show only saw one episode make it to the air, and it was indeed cut-off halfway through on some stations! Why? Too vulgar: 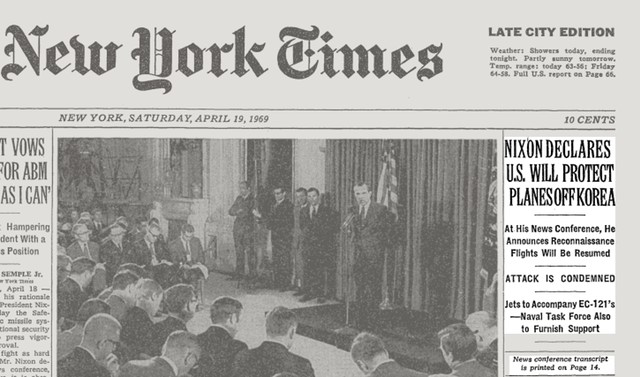 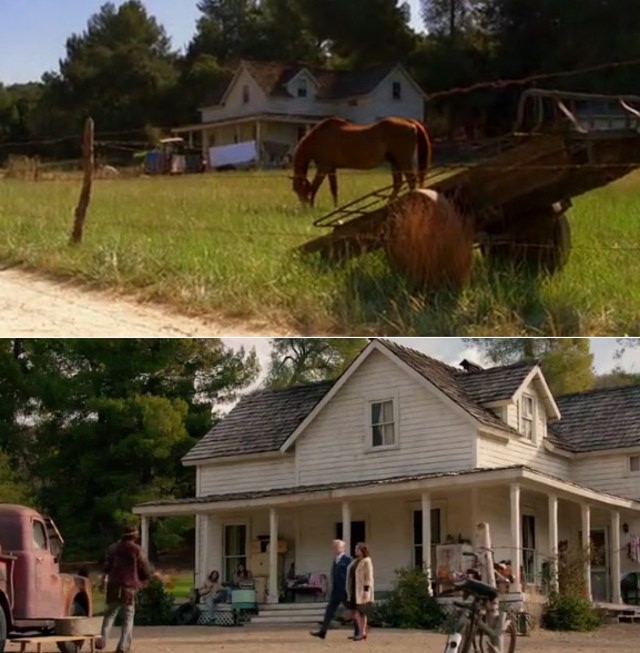 MYSTERY
Talking to Peggy about a place called Vito's, her team member says: "And what I really like is, no matter what you order they give you a side of spaghetti, even if you ordered spaghetti." So, what (and where) was Vito's?

#mad men
#unpacking mad men
#original
Do you know the scoop? Comment below or Send us a Tip