Union Hall is a Bar, Not a Daycare 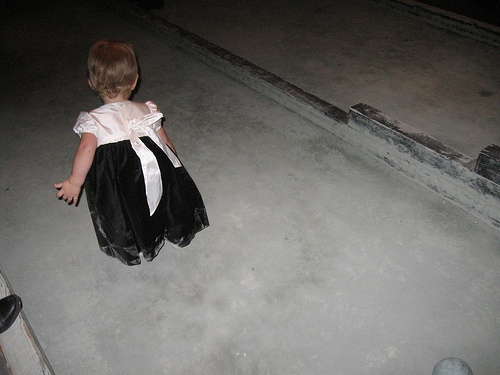 News came this past week that surely rocked the cradles of many Park Slope babies: Union Hall is no longer stroller-friendly! Will this be the beginning of a trend where Park Slope parents get booted from their home turf bars?

Last week the Brooklynian message board was abuzz with residents who were surprisingly not split on the issue. One points out that some pubs in the UK have recently limited patrons with kids to two drinks per visit, while many just echoed each other's "babies and bars don't mix" sentiment.

The Gowanus Lounge pointed out the new policy at Union Hall via word of an employee that says the bar is only banning "kids that are old enough to walk," and strollers because of fire codes. OTBKB, a Brooklyn mom, weighed in reminding thirsty parents that Union Hall is a "grown up bar" that many would like to see stay opened (something the new rule will help them do). At least one stroller-pusher is sounding off though (some suggestions: Chuck E Cheese, Park Slope West).

This is all starting to remind us of the Great Stroller Debate of '07 that Barnes & Nobles brought upon Brooklyn.