When you think about hundreds of thousands of frenzied revelers who haven't had access to a bathroom for hours, obviously the first person who comes to mind to kick off festivities in Times Square, is Ban-Ki Moon, the United Nations Secretary-General.

Today, the organizers of New Year's festivities in the "Crossroads of the World"—Times Square Alliance and Countdown Entertainment—announced that Ban will be the "Special Guest" who will "push the Waterford crystal button on the main stage beginning the official 60-second countdown to the New Year." 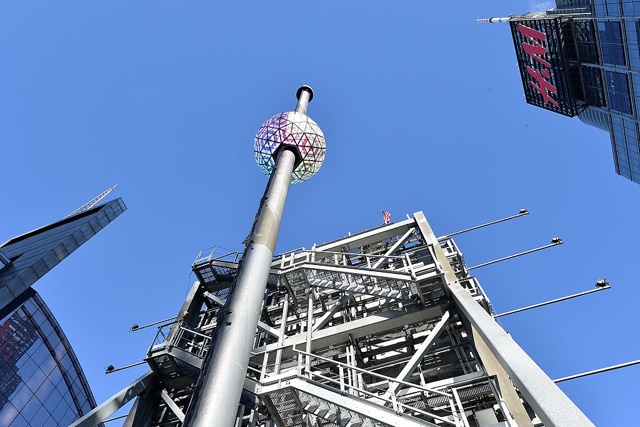 Times Square Alliance President Tim Tompkins said, "At a time when the world seems ever-more fractured, divided and disconnected the symbolism of our global celebration highlighting the United Nations and its Global Goals could not be more important. Unlike too many other voices in the world today, Secretary-General Ban Ki-moon’s legacy of bringing people and nations together, supporting refugee relief efforts and opposing war align perfectly with New Year’s hopes for a better and more just world."

Also, Ban has strong feelings about midnight. In an interview about his "Sunday Routine" with the NY Times, Ban explained:

I keep myself up to midnight; that’s out of necessity. I told you that I’m a disciplined person and my deadline is midnight. There are a lot of piles of work, then sometimes I need to go beyond 12 o’clock, because I have not read all, I have not finished. Even then I will try to sleep by midnight, and get up early; if I’m really pressed I get up at 4 a.m. or even 3:30 to prepare for the next day. Otherwise, once I’m in the office, once I begin in my traveling, it’s like my life is something like if you ride on a conveyor belt; you have no control.

Ban will end his ten-year term as Secretary-General on December 31—and what an end to his term it's been, what with President-elect Trump strongly disagreeing with President Obama's moves regarding Israeli settlements last week. He's also been mentioned as a possible candidate to run for president of South Korea.

#ban ki-moon
#new year's eve
#Times Square
#united nations
Do you know the scoop? Comment below or Send us a Tip