Umbrella Etiquette: Where Should You Put That Wet Umbrella?

The Wet Umbrella Etiquette Rule is simple: don't put your goddamn sopping wet umbrella on surfaces that people SIT ON. That subway or bus seat doesn't exist just in that moment for you to put your umbrella on. It goes on existing, and in the future other people will encounter it, only to find a puddle of rainwater... sometimes too late. A soggy suit, a drenched dress... all because you couldn't just put your umbrella on the floor by your feet.

Let's make this more real for you. This morning, tipster "DC" boarded the M57 bus at First Avenue, found a seat, and then saw THIS: 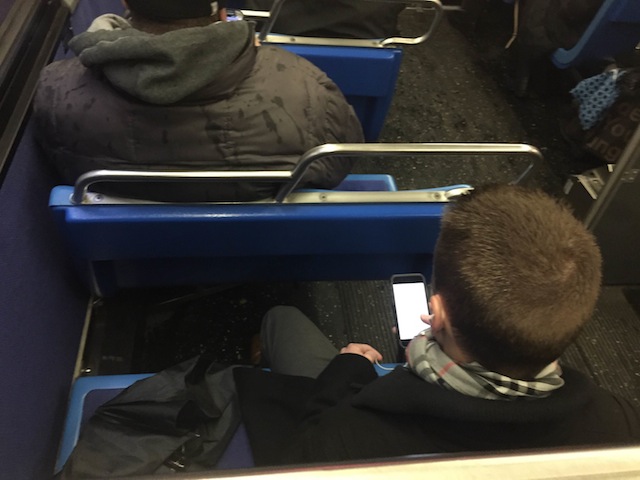 He tells us, "I took my seat and placed my wet umbrella on the floor. In contrast, this privileged jerk with the checkered scarf had his wet umbrella on the seat. While the bus was empty, he was committing the double foul of taking two seats and soaking one of them. Well, I thought in a city of this size there's always one douchebag. After all, he was shopping for vintage watches on Sothebys.com during said atrocity."

It's true, there's one on every bus/train/sidewalk. And it appears when they depart, they get instantly replaced—DC continues: "When he got off at Third Ave, a DIFFERENT douchebag got on the bus and did the exact same thing: taking the exact same seat and placing his wet umbrella on the adjoining seat." 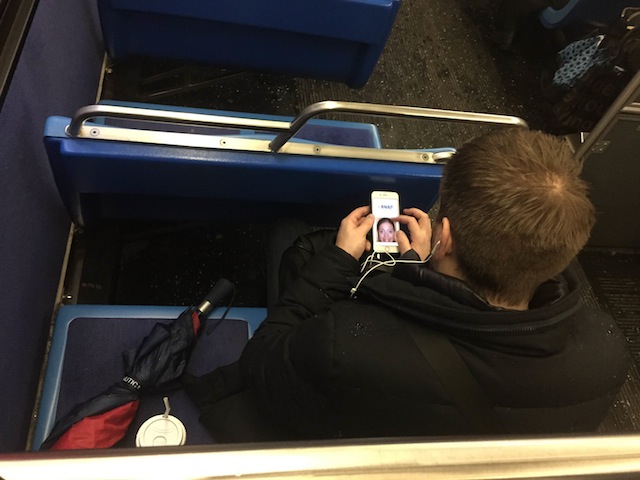 Tip: Bring a plastic bag or reusable water-resistant bag with you when it rains, then you can place your umbrella in it while on mass transit and you won't leave a pool of water behind. (This extra plastic bag can also be used to suffocate all wet umbrella transgressors who sit in front of you.)

#etiquette
#umbrella
#umbrella etiquette
#original
Do you know the scoop? Comment below or Send us a Tip