Two Good Things That Happened This Week While Trump Was President

On Fridays we usually deliver five good things that happened "this week" in the age of Trump, but this week we're coming up short. So here's what we've got. Two good things. Two out of five ain't bad.

This week is a blur, but at some point between Sunday and Tuesday I watched Mike Birbiglia's new Netflix special, Thank God For Jokes, which was a wonderful escape. So good that I may need to watch it four million more times this weekend. I may just crawl into a closet and hide under a blanket and watch it over and over again until I die from laughing and/or old age. Both? Fingers crossed. (Here's our review from the off-Broadway production.)

Meanwhile, over in Southern California, they're about to get a super bloom after the heaviest rainfall in nearly a decade. And not just any flowers, wildflowers, and not just growing out of dirt, growing out of the goddamn desert ground. Check out a preview: 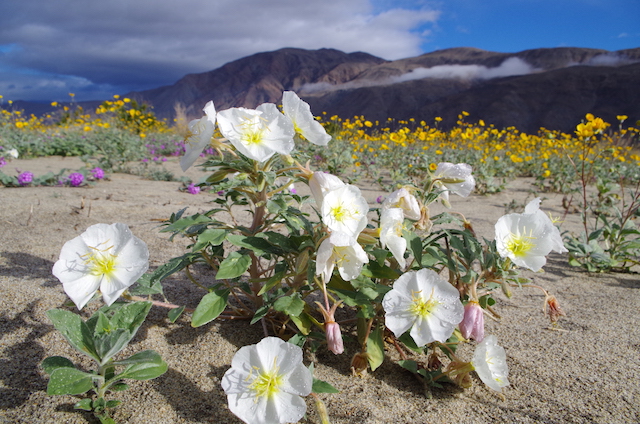 #2 good things
#5 good things
#original
Do you know the scoop? Comment below or Send us a Tip
A new Gothamist is coming! We’ve moved comments over to our beta site. Click here to join the conversation and get a preview of our new website.