Back in The Day, air travel was a bit more sophisticated, and anything associated with it reflected that. The stewardesses were dressed to the nines, the airport lounges were so aesthetically pleasing you wouldn't mind spending some extra time in them during a flight delay, and the planes were equally stylish. Perhaps the best example of this bygone era is the TWA Terminal at JFK Airport, which is a shell of its former self, but still pretty stunning.

The Eero Saarinen-designed terminal was immediately beloved, and operational from 1962 to 2002. 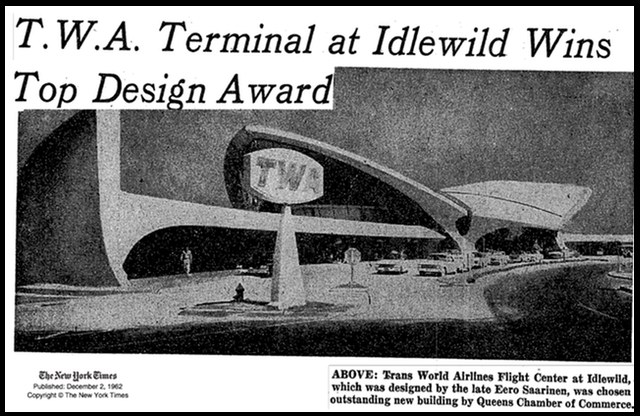 It reopened to tour groups over the past weekend as part of OHNY, and while it sits abandoned now, earlier this year the Port Authority announced the landmark would get a new life (they're currently awaiting a proposal that could get things moving). In the future, this place could house a hotel lobby (Trump is the latest to be eyeing the place), an aviation museum, restaurant, bar... the sky's the limit. Whatever ends up in there, it will be connected via passenger tubes to JetBlue's T5. 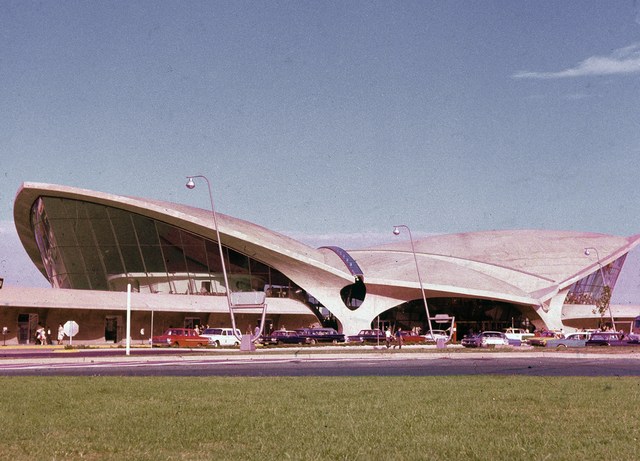 Click through for a look at the terminal as it appears today (as you can see below, some people dressed up over the weekend)—you can almost smell the polyester, cigarettes, and whisky.

#jfk airport
#ohny
#twa
#twa terminal
#original
Do you know the scoop? Comment below or Send us a Tip