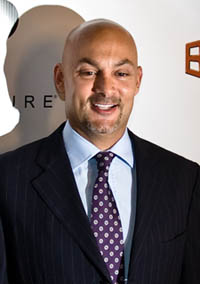 Bowlmor Lanes has been a Village institution since it opened in 1938. One of the longest continuous running bowling alleys in the United States, Bowlmor is celebrating its 70th Anniversary this year and last night it had its anniversary party, with Michael Phelps hosting the event. In the 1950s, Bowlmor hosted the first televised bowling shows and in 1997, Tom Shannon bought Bowlmor and made significant changes to the bowling alley. Since then, Shannon and Strike Holdings has replicated Bowlmor's success in several other markets.

Can you tell us a little about the changes you made to Bowlmor since you bought it in 1997? When I bought Bowlmor Lanes in 1997, its revenues were less than $1 million per year and it was losing money. It was completely run-down and catered to a pretty seedy and dangerous crowd. We totally overhauled the space, putting in millions of dollars worth of renovations over the last 11 years. We have enhanced the space tremendously by adding in a kitchen- something the old Bowlmor never had! Also, plasma screens for automatic scoring, plush leather banquettes behind each of the lanes, giant movie screens above the lanes, and glow lighting throughout the space. It looks like an art gallery you can bowl in.

How did you decide to get into the bowling alley ownership business? I was visiting Bowlmor with friends one night a few years before I bought it and saw that it had so much untapped potential. There was no other space like it in New York City, and I knew the city would respond really well to an upscale bowling experience. I took a huge risk, and fortunately, it paid off.

What are the challenges to operating a successful bowling alley in New York City? In New York, there is always a hot new restaurant or club opening up, on top of everything else there is to do in this city, so we have to make sure we are always on people’s minds when they are deciding what to do for the night. We try to keep the space fresh through constantly trying to upgrade the quality of the service, integrating the newest technologies, and coming with creative promotions and ad campaigns. Fundamentally, we never strayed from what we are – a really down to earth fun place to hang out and bowl.

Looking back on your 10+ years of ownership, what are you most proud of? And what are some highlights of the past 70 years of Bowlmor Lanes? I am most proud of being able to serve and delight all of the millions of customers who have come through Bowlmor over the past 11 years. Some highlights have been hosting the first televised bowling competitions, and having everyone from Richard Nixon to the Rolling Stones to Julia Roberts bowl here.

Do you think Bowlmor helped make bowling "cool" in NYC? Definitely. Without Bowlmor there would not be any of the other bowling facilities in the city. But we have everything that the other spaces lack- location, original concept, outstanding design, and unparalleled service.

What do you think of the resurgence of bowling alleys, such as the new ones in Brooklyn? Clearly people are trying to replicate the success of Bowlmor and what an urban bowling alley experience can be. It doesn’t surprise me, but I think Bowlmor will stand the test of time and be here for another 70 years long after these spaces have gone.

It seems like Strike Holdings has success in opening up bowling centers that are a mix of bowling and entertainment. Do you think the days of "no-frills" bowling alley are dead? There may always be a place for the no-frills alley as a place for true competitors and bowling leagues but I think that customers have become very savvy and expect a high level of quality and that is what we are able to provide for them. The old “no-frills” bowling model won’t support market rents in good locations so they are pretty much extinct in most “A” markets.

Growing up in the West Village, Bowlmor was kind of my "community bowling alley." With all the changes that make Bowlmor more attractive to young adults, do you feel that this community aspect is lost? Our space appeals to everyone in the community. We are open 7 days a week, more than 12 hours everyday. In that time, we see everyone from college kids coming to Monday Night Strike, to corporate clients after work, to locals on the weekends, to families celebrating kids birthday parties.

What's your response to criticism by some people that Bowlmor is overpriced given the fact that people think that, in the end, it's still bowling. Here you are really able to get the best of all worlds, because it has the energy of a great bar combined with the social activity of bowling. I would say people that criticize the space should come in and experience the quality of service and atmosphere first hand, and will realize it’s actually a great value for the price.

What's in the future for Bowlmor Lanes? To continue to be the number one destination for everyone who seeks an unparalleled entertainment experience in New York City.

Does Strike Holdings have any plans for expansion in NYC? That is a definite possibility.

#bowlmor lanes
#interview
#strike holdings
#tom shannon
Do you know the scoop? Send us a Tip