Titanic Sunk 96 Years Ago, Returns in 4 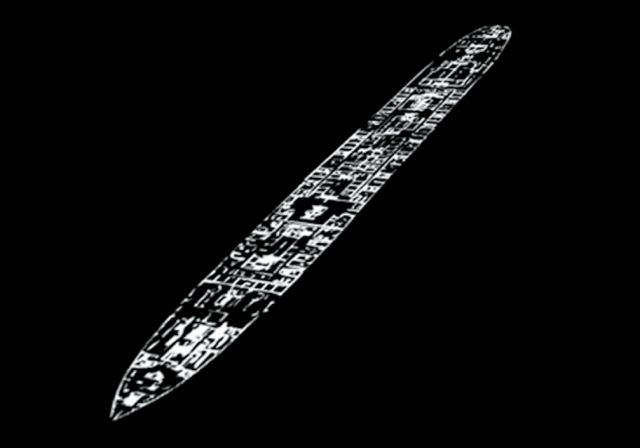 It was 96 years ago today, in 1912, that the unsinkable Titanic sank in the Atlantic near Newfoundland. The Bowery Boys recap New Yorkers who were lost with ship, well -- the rich ones.

John Jacob Astor IV had run to Europe with his mistress Madeleine Talmage Force to avert attention from the fact that Ms. Force, a native Brooklynite, was 18 years old.

Mining million Benjamin Guggenheim approached his impending death like any well-groomed gentlemen would -- he slept through most of it, then changed into evening wear and smoked cigars. He was with his mistress, a French songstress named Madame Léontine Aubart.

While Macy's owner Isidor Straus actually had his real wife with him, we're wagering that if this had occurred today Spitzer would have certainly been aboard with a mistress or two.

One artist, Melissa Gould, is bringing the Titanic to present times (or rather, the future), with a public art project called Ghostship/The Titanic Project.

In 2012, on the evening of the 100th anniversary of the Titantic disaster, Ms. Gould plans to project an illuminated, life-size deck plan (882' x 92') of the ship onto the slip in the Hudson River where the White Star liner was due to dock.

The solar-powered nocturnal installation will be a site to see, and well worth the wait, maritime historian John Maxtone-Graham says the full-scale Titanic deck, will be "floating radiantly within a Manhattan slip." Until then, there's the less elaborate Titanic memorial in Long Island City, and the Isidor and Ida Straus Memorial in Straus Park (Broadway and West End Avenue at W. 106th Street).