Over the past few months, visitors to the Williamsburg-Greenpoint border may have noticed the gradual appearance of a shipping container, church pews, recycled furniture, and lawn flamingos in the distinctive triangular lot situated between North 15th Street, Banker Street, and Nassau Avenue. Before this, a camper had occupied the gated-off space for years, intriguing locals who wondered how a developer hadn’t yet claimed the unique plot of land for a mega-tall condo.

Francois Vaxelaire was one of the neighbors who wondered about the triangle for a long time; he’d pass by it on his commute to work every morning. “Everyone has always been intrigued and curious about this triangle," he told me, "ask any people in the neighborhood, everybody wanted to do something with the triangle, everybody had an idea... but it was not on the market."

In late 2015 however, Vaxelaire spotted a "For Lease" sign on the plot, and immediately got on the phone with the owner. He didn’t know what exactly he was going to do with the land; he just knew the location was special. “It’s magic. It’s a triangle, you have no neighbors, you have a view of New York City; it’s atypical.” 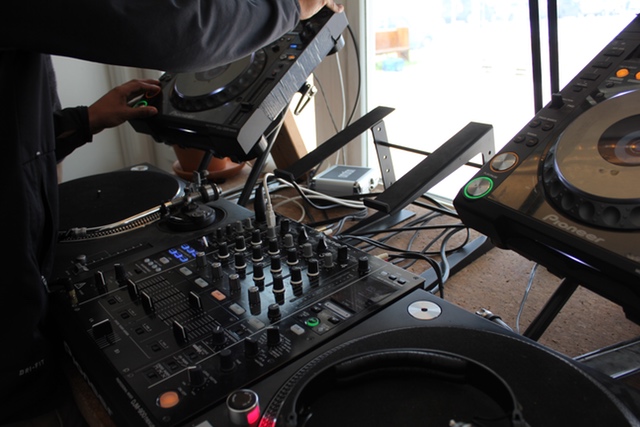 Vaxelaire's goal is to host as diverse a range of DJs as possible; the only prerequisite is a love of music. “Anywhere I’ve lived in the world, you have those kinds of people where music is everything for them, it’s just everything. It’s completely irrational. They don’t think about careers, they don’t think about money, it’s just music, and I think those people are really touching."

Most any time of day or night, you'll find someone performing via livestream at The Lot. New York City's DJ scene has welcomed the station warmly, as have its neighbors; The Holy Family Church across North 15th Street has provided The Lot with the wooden pews that line its gates, and has collaborated on hosting live music events inside the church. If you've ever wondered what it's like to clink glasses with a priest who appreciates good beats, your opportunity awaits.

To fund the radio station, Vaxelaire has set up a coffee kiosk in one of the shipping container's two small rooms. Most of its offerings are locally sourced. You can pick up a cold brew coffee sourced from Brooklyn's own Grady's Cold Brew; a pastry from Greenpoint, Brooklyn's Ovenly; or a donut brought in from Bed-Stuy, Brooklyn's Dough. There are vegan and gluten-free pastry options too, with new products coming in almost weekly. (Vaxelaire is also in the process of applying for a beer and wine license.) 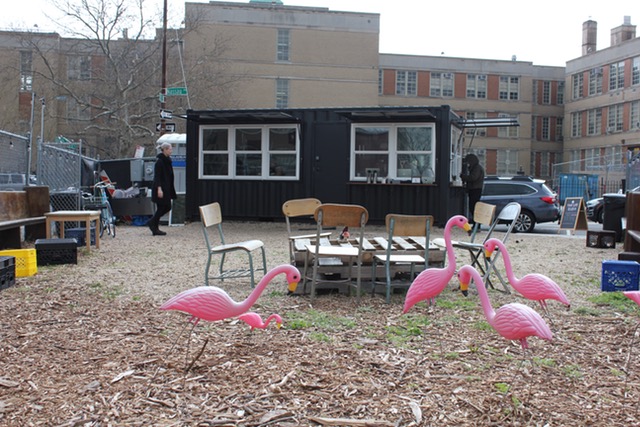 "The kiosk is really important," Vaxelaire said. "The customers are funding the whole project, and that's the beautiful part. We don't need brands, and we will never have brands included in the radio."

The best way to support The Lot Radio is to make their coffee kiosk your daily coffee spot, to check in about events, and to indulge in their free livestream.