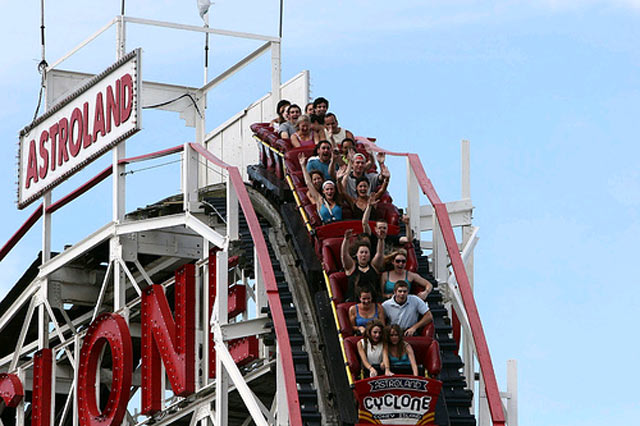 There's an excellent Vows column in this week's NY Times Weddings & Celebrations. It's the one for Fran Boyd and Donnie Andrews, two Baltimore residents whose difficult lives were the basis for the HBO dramas The Corner and The Wire. Boyd and Andrews were featured in a page one story in the Times last week, and the Vows column explains more of how they met and how they supported each other during prison sentences, while overcoming addiction, and as they tried to put their lives back together.

The Wire cast members Dominic West, Sonja Sojn, and Andre Royo attended the wedding, as did, "Michael A. Millemann, the University of Maryland law professor who helped Mr. Andrews gain his freedom, and Charles P. Scheeler, the lead federal prosecutor who won Mr. Andrew’s conviction and later worked for his release." David Simon, who co-created The Corner and The Wire (and whose book was the basis for the television series Homicide), was Andrews' best man and told the Times, "Everything has a second act and a third act. And everybody gets to write their endings."

And in other up-and-down love news, on Thursday, Teri Muroff and Robert Meyer got married on the Cyclone in Brooklyn. The ceremony was performed by Reverend Cliff Herring, who the Daily News described as a "card-carrying member of the American Coaster Enthusiasts."

And here are highlights from the NY Times' weddings announcements:

Photograph of the Cyclone at Coney Island by f.trainer on Flickr