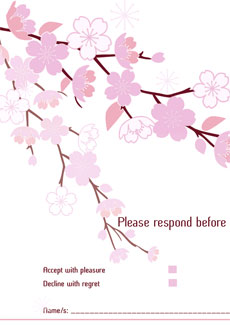 Couples planning their weddings and receptions often face a dilemma with their guest lists. With relatives to consider and budgets to stay within, some send invitations to single friends without a plus one.

The NY Times spoke to a few people about the single invite. Some understand that given per-head costs of $200, some guests' feathers will be ruffled. But one single woman says, "if Ms. Bridezilla who is so not a virgin but still insists upon wearing white certainly expects a gift of $150, then I’m not showing up to a party where I probably know two people in the room without having someone fun to dance with.”

What do you think of no-guest wedding invites? We know some people who decide whether a guest gets to bring a date based on the seriousness of the relationship (being engaged or living together helps the case) and others who have considered whether the guest will know other people at the affair.

Then again, sometimes being allowed to bring a date isn't always necessary - we remember watching "That 70s Show" star Topher Grace on a talk show debating whether he should bring a date to a friend's wedding. Grace's friends told him not to because that would be like bringing sand to the beach.

And here are this week's highlights of the NY Times Weddings & Celebrations: