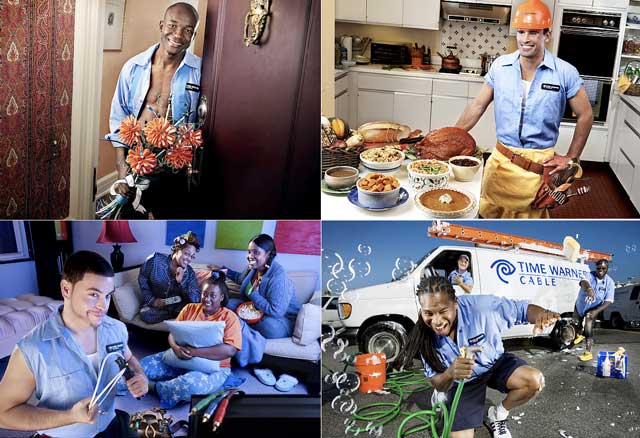 Knock knock! Who's there? It's the hunky Time Warner cable guy of your dreams! You know, the one that doesn't exist. The company has released a calendar for the new year, and the Daily News has revealed each month's photos (which include the men, and some women, of TWC). NYMag declares that it will make all of your Time Warner Cable guy fantasies come true (except "the ones where you murder the dude for telling you to be home from 9 a.m. to 12 p.m. when he actually shows up at 3 p.m.").

One female TWC employee told the paper: "We have the best-looking cable guys in the business." But it's a little surprising Optimum Online didn't come up with this one first. Next up: Con Ed?

Calendars are being given to staff, and can be requested by customers on their website. Check out all the months here.

#calendar
#photos
#time warner cable
Do you know the scoop? Comment below or Send us a Tip
A new Gothamist is coming! We’ve moved comments over to our beta site. Click here to join the conversation and get a preview of our new website.