TIME Magazine Thinks Ryan Gosling Is The Coolest, But Is He The Coolest New Yorker Of The Year?

Probably due to the uproar over Ryan Gosling being robbed of the "Sexiest Man Alive" title earlier this year, TIME has declared him to be the coolest person alive. Of course, the title means little more than your high school yearbook superlatives, but we'll bite. The honor was actually created by the author of the article, which, by the way, is called "Crazy Stupid Cool." Explaining why they didn't go the way of NME, who named Azealia Banks, a 20-year-old Harlem rapper, the coolest person of the year... they write:

Our Coolest Person Committee was determined to pick someone whose cool was tested and pervasive, obvious even to the dorks who work at this magazine. We defined cool in the classic Marlon Brando way an unshakable calm mixed with a confidence that comes from not needing others. Cool is more how than what; we considered world leaders, singers, hackers and a newsmagazine columnist who one of us thought was an obvious pick.

Sure, Gosling broke up a street fight right on the streets of Manhattan, but we're guessing their pick had more to do with moving units—after all, look at what not putting him on the cover did for People magazine. With that, we have decided to form a Coolest Person Committee here at Gothamist, which includes you, please nominate your pick for "Coolest New Yorker Of The Year" below, and we'll make a poll and we'll all vote and it will be very democratic. 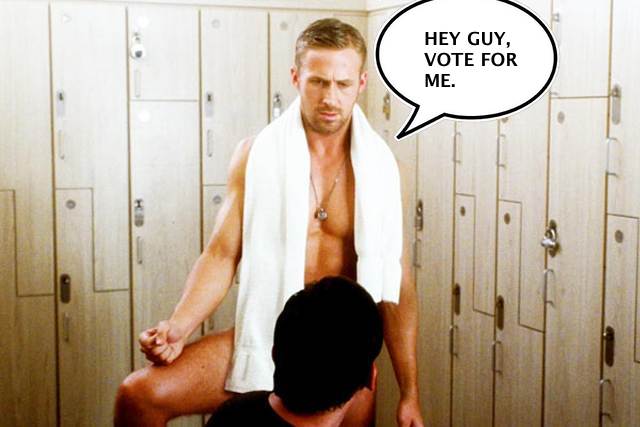