The Library of Congress has brought the work of late roadside Americana photographer John Margolies to its digital archives, which means 11,000 photos are now available for your perusing. Margolies spent decades photographing America, and his color slides will take you from Los Angeles to Washington D.C. to the end of the glory days of the Borscht Belt in Upstate New York.

The photos were mostly taken in the 1970s and 1980s, and the LoC has shared a little background on the collection: "Over the span of nearly 40 years, Margolies took more than 11,000 color-slide photographs of vernacular structures across America’s highways, byways and main streets. Traversing the country, he was drawn to the architecture that came to define travel by car—motels, diners and gas stations—but also to quintessentially American oddities: buildings in the shape of dinosaurs, the sculpted concrete and plaster obstacles of miniature golf courses and parks featuring attractions from parrots to petrified rocks."

There aren't too many photos of NYC, but it seems Margolies did make it to Rockaway: 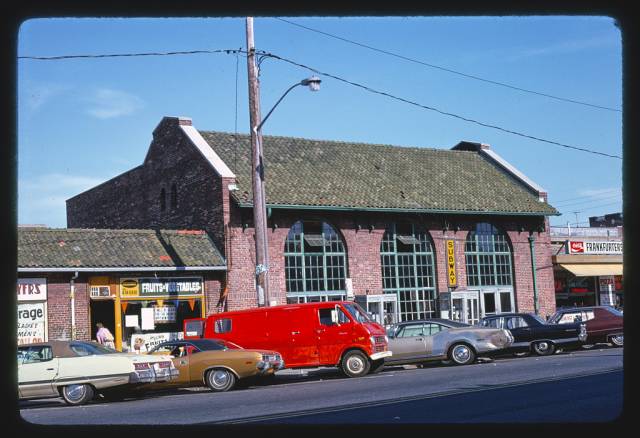 The photographs above are from upstate New York in the 1970s, and if some of the structures already seem past their prime, that's because they were — but Margolies "rejected the word 'nostalgia' in describing his work, stating, 'I don’t want to be ahead of my time. I want to be in sync with it.'"

#1970s
#flashback
#John Margolies
#roadside america
#upstate new york
#original
Do you know the scoop? Comment below or Send us a Tip
A new Gothamist is coming! We’ve moved comments over to our beta site. Click here to join the conversation and get a preview of our new website.