This WWII-Era Building In Brooklyn Holds A Secret History If you've passed by 370 Jay in Downtown Brooklyn, you probably didn't pay much attention to the rectangular eyesore. But just like many buildings in NYC, it has a history worth delving into, and now the New York Transit Museum is sharing a little bit of it, as it puts a spotlight on the building's bright future. At least brighter than what was recently found in the time capsule buried there... mud.

For more than 50 years, the 13-story white limestone building at 370 Jay Street housed the headquarters of New York’s evolving transit agencies: first the Board of Transportation, then the Transit Authority, and finally New York City Transit. As the home for staff and operations of those agencies, its 420 perfectly uniform windows hid a secret elevator used to move cash from fare collection trains to the Money Room on the second floor, the famed Subway Command Center, sleek sunlit offices for employees from the chairman to the mail clerks—even a Lost and Found Department full of abandoned umbrellas.

Built as part of the Brooklyn Civic Center Urban Renewal project following World War II, 370 Jay Street is now again at the center of change. In 2012 the City of New York and New York University entered into an agreement to transform 370 Jay Street into a modern, sustainable academic center. 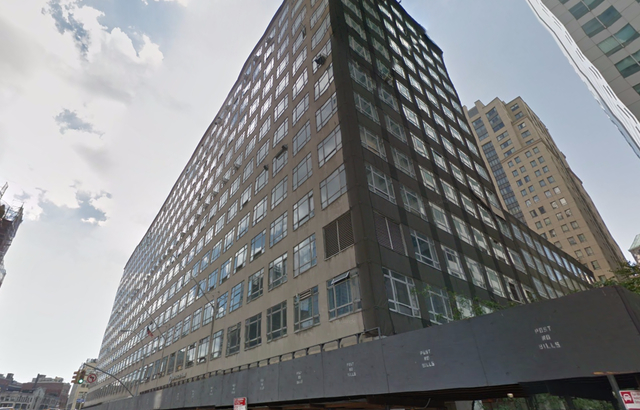 Their exhibit, called "The Secret Life of 370 Jay Street," opened today and aims to examine the building’s history, form, function and future, with a highlight on urban planning and sustainability. But you'll also see cool photos and learn about its history—this is one of the first mid-century modern office buildings in NYC! The structure's story will be told through photos, architectural drawings, maps, models and ornamental details removed from the building.

#370 Jay
#brooklyn
#transit museum
Do you know the scoop? Comment below or Send us a Tip
A new Gothamist is coming! We’ve moved comments over to our beta site. Click here to join the conversation and get a preview of our new website.