This Spectacular Pedestrian Halo Proposal Is Already Giving Us Vertigo

With a rezoned Midtown in the future (as proposed by the Department of City Planning), the Municipal Arts Society gathered up three big architecture firms and asked them to re-imagine the public spaces in and around Grand Central Terminal and the East Midtown neighborhood. The most intriguing one by far coming from Skidmore, Owings & Merrill, who not only re-imagined the neighborhood, but pedestrian bridges and crosswalks as well. Behold, the GLASS PEDESTRIAN HALO, which would bridge together two skyscrapers and include "seasonal grasses": 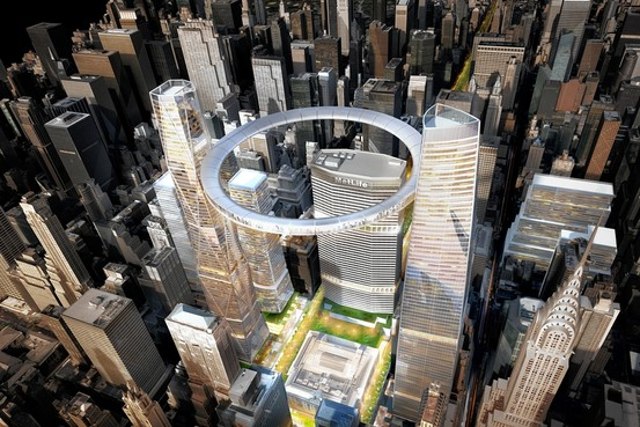 Does this idea give you vertigo? To get a little look at the other proposals—which include a transformed Park Avenue Viaduct, expansive pedestrian plazas, and bicycle paths—head over to the Wall Street Journal.