This Piece Of The Past Was Just Discovered On Governors Island

Governors Island is filled with treasures (right? Remember that old, abandoned Burger King?), and this week a new one was unearthed. According to the Island's blog:

"While trenching for new storm water outfalls, we turned up a relic from the Island’s army days. At one point, the south end of the Island was crisscrossed by a web of train tracks that connected a sea of warehouses. This appears to be part of a train car or hand cart."

They're seeking the public's help in finding more details about the piece, and promise to update with more information when they have it. 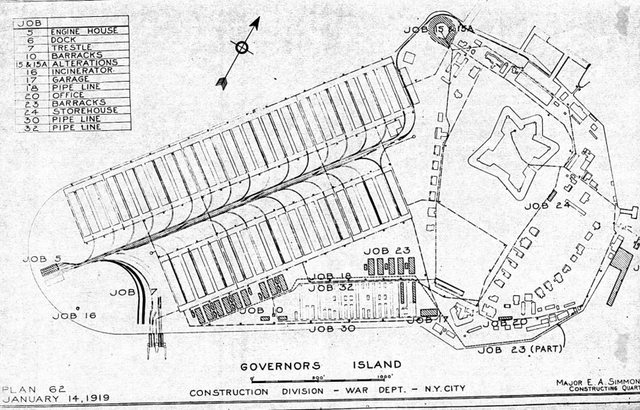 Map of the Governors Island railroad. (Courtesy of National Archives)

The railroad they reference was torn down in 1931, when the NY Times called it "the shortest railroad in the world, running for one and one half miles." Though they also note when it was built during WWI there were eight miles of rails, used to "transport stores and machinery on the island." 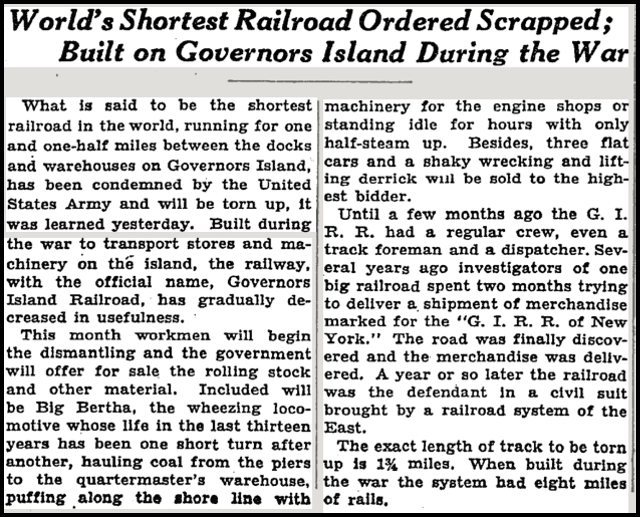 In 1922, presumably when the trackage was reduced, "The Gowanus Dunnage Firewood Company was the successful bidder for the 28,600 feet of railroad track, which was secured for $11,000." Learn more about the railroad here.

#governors island
#mystery
#railroad
Do you know the scoop? Comment below or Send us a Tip