This Old House Sets up Shop in Brooklyn 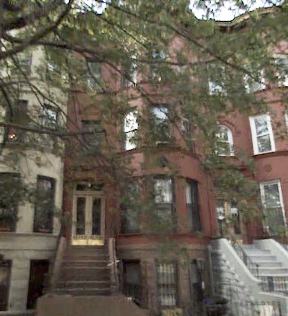 Last month Brownstoner did some detective work and uncovered which house the This Old House crew would be renovating in Brooklyn. The announcement that the show would come to New York City for the first time ever came earlier this year, when Kevin O'Connor and Norm Abram were still scoping out potential fixer-uppers (there were hundreds of applicants from all five boroughs, with 1/4 being from Brooklyn).

Today the Daily News takes a look at the chosen family and home. The 1904 4,000-square-foot townhouse is located on Sterling Place in Prospect Heights, and belongs to Kevin Costello and his wife, Karen Shen, along with their three sons. Upon being picked, the lady of the house tells the paper: "We couldn't believe it. We were thrilled. It was like winning the lottery."

Once Norm & Co. have worked their magic, the family hopes to use the garden level and third floor of the house as rental properties (keeping the two middle floors for their own). The NY Post gets word from one of the crew that projects similar to this one would cost up to $600,000 (and records show that the house was purchased for around $1.2 million).

In the end, 10 episodes will air, documenting the work on the house--stay tuned for that in January (the first one hits the small screen on the 22nd). Soon you'll be able to check out the progress online, but for now head over to the Project Overview for more details.

#brooklyn
#prospect heights
#Sterling Place
#television
#This Old House
#tv
Do you know the scoop? Comment below or Send us a Tip