This Is What Employee Amenities Looked Like In 1919, At Lord & Taylor's 5th Ave Flagship

Sure, Instagram's new NYC office may have a bar called the Thirsty Flamingo and a Rainbow Bagel conference room, but back in the old days companies gave their employees real amenities, like hospital beds and dental offices.

This week Lord & Taylor announced they would be closing down their flagship store on Fifth Avenue—a landmarked building they've called home since 1914 (prior to that, since 1854, they had been at Grand and Chrystie streets). Department stores are slowly becoming extinct as Americans just ask Alexa to mainline products to their doorsteps, but back in the day they were decadent temples of consumerism, and as such, they could provide their employees with some pretty nice perks.

The NY Times, who reported on Lord & Taylor's space back in the early 1900s, recently recalled, "Common store services for employees included pharmacies and emergency rooms to set broken limbs, perform surgery and deliver babies, employee-only lunchrooms, academic and vocational classrooms, sun lounges, vacation camps, libraries, parlors stocked with fine stationery and maid-attended bathrooms with combs and brushes, curling irons, weighing machines and..." Okay, aside from the scales (which were also in our subway system for a while) that's some nice amenity-ing. 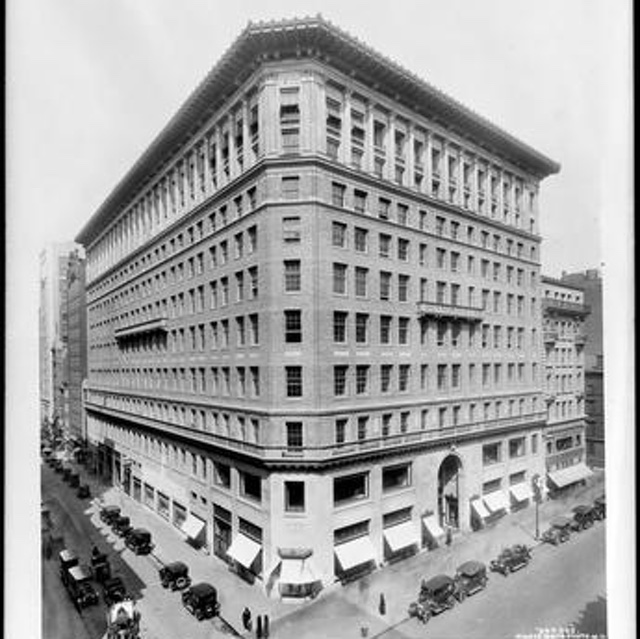 In their original article on February 25th, 1914, the Times reported that 75,000 flocked to the store on opening day, and noted that, "On the roof is an Italian Garden, restaurant, rest room, hospital, and a gymnasium for the employees." In 1916 Modern Hospital magazine called the store's employee hospital "one of the most attractive and completely equipped of the small hospitals in New York City."

The photos included here are from the Fifth Avenue flagship, taken in 1919. The store will close in early 2019.