A younger, rowdier Mike Diamond of the Beastie Boys probably never aspired to design a nice toile wallpaper, but here we are. Mike D has teamed up with Revolver, who says he "decided he wanted a Brooklyn inspired toile wallpaper that would line the walls of his Brooklyn brownstone. The vision was to pay tribute to all things Brooklyn in a way that would appear to be a traditional French Country Toile, but when you step to it the pattern reveals elements and vignettes that make up the truth about Brooklyn." 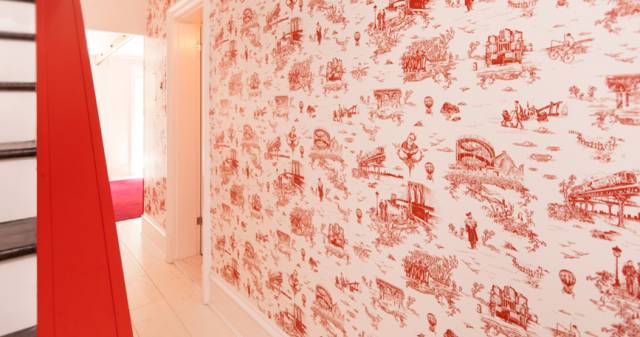