Things We Learned About Italian Travel From The Jersey Shore Cast

Last night America got the first glimpse of what happened when the Jersey Shore invaded Italy earlier this year. Since their visit (which included incidents like Snooki crashing into a cop car), the Italian government has most likely been working on a way to bar Americans from ever returning to their beautiful country. But since they're currently still open for business, here are some travel tips from the cast, from last night's premiere: 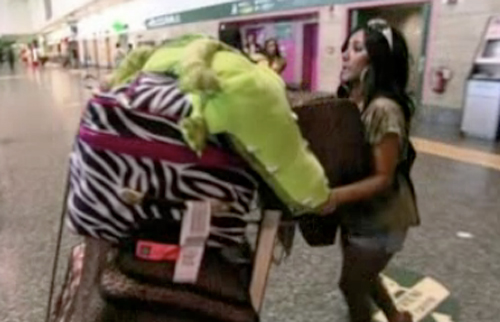 The cast was still working on finding out the age of consent when the first episode faded to black, but there are twelve more episodes left, each likely jam packed with lessons like the above. But if you're actually interested in the plotline, here were the big reveals: The Situation admits he's been hooking up on the sly with Snooki, even though she has a boyfriend. And J-WOWW has lost weight and turned into a bobble head... also, something happened to her face.