These Two Architects Would Never Have Built Central Park

Is it broken? Did we break New York City? Did the wave finally break, and roll back? These two architects say they can fix it, so it must be busted.

"The first thing you do," says architect #1, is go back in time and never create Central Park. Here's how he put it: "You build a larger network of parks. If I were the master planner in 1750, I don't know if I would have done a single Central Park, I would have thought of it as an east side park and a west side park." Like so: 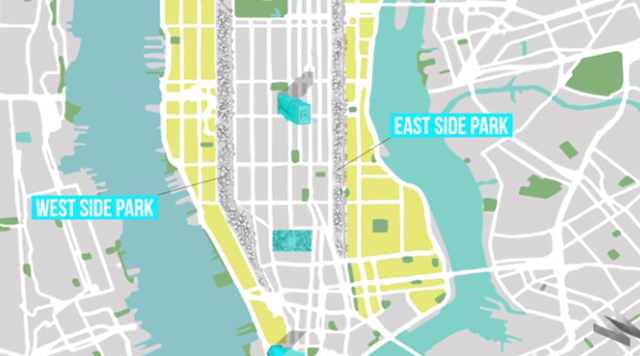 Central Park really ties the city together! So we disagree with that one. But Gregg Pasquarelli (of SHoP Architects) and Vishaan Chakrabarti (of Partnership for Architecture and Urbanism) have some great points, otherwise. Here are a few:

Here's their full assessment of the city as it stands today:

Are we the best city in the world? If you would like continue thinking so, don't click play:

#architecture
#infrastructure
Do you know the scoop? Comment below or Send us a Tip