These Parents 'Couldn't Care Less' If Their Kids Buy $6,000 Dresses

Do you hate yourself? Are you in a loveless marriage? Did you have children in a futile attempt to stave off the haunting dread of your looming mortality? Do you treat your spawn as mere vessels to dump your excess time and wealth in lieu of forming any kind of authentic human connection with them? Do you shop at Barney's? If you answered affirmatively to any of these questions, it's time for you to Meet The Parents Spending Thousands On Kiddie Couture.

Come along with me as I show you the world.

The children's clothing industry is just booming, with The Analysts predicting the global market for luxe pieces of fabric to jump to $29.6 billion dollars in 2017 (from $21.8B in 2012). That's a lot of rompers! 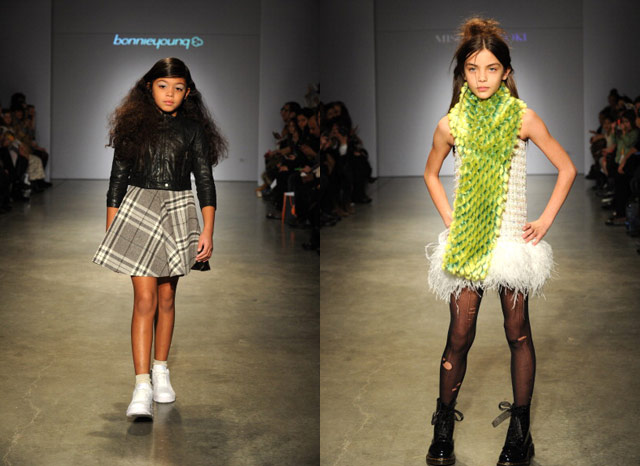 For the Cannes Film Festival in May, Brooklyn fashionista Priscilla Monteiro picks out two $1,420 dresses for her daughters, ages five months and 4. “My kids are an extension of me, and if they look good, I feel good,” said Monteiro.

These people are not celebrities.

A good trend is an old trend, and an old trend is a true friend. Dropping dimes on doll outfits is nothing new. A New York Times Style piece two years ago analyzed some of these haute-couture-restraints for tiny adults. Where were you when you first heard the word "prostitots"?

Chantal Scott, owner of Livie & Boo children's resale shop, used to work at a high-end clothing company, so she has a good idea as to the true cost of these fabrics.

The standard markup for luxury brands is around 7.5, whereas the markup by a normal and reasonably priced clothing outlet for small mammals that increase in size for a period of roughly 20 years like the Children's Place is around 3.5.

These imps are undoubtably vampire children, for while they will grow interminably in matters of the mind, they will forever retain their tiny corporeal prisons.

They don't have time for your jealousy. Do you see? 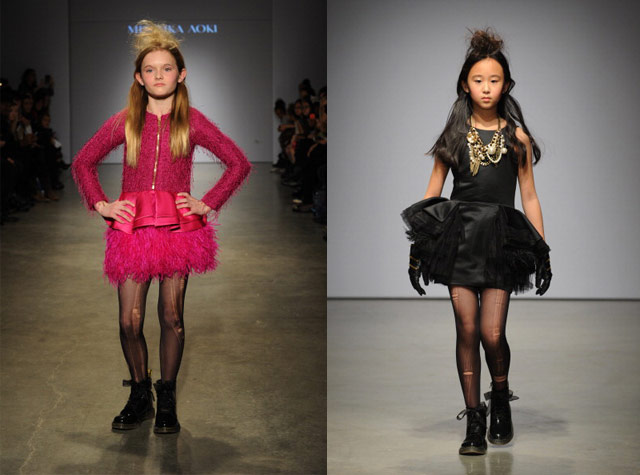 "Such is the demand for top-notch children’s clothing among the 1 percent [that 41-year-old Danielle Fornes] spotted a lucrative business opportunity in 2013. After moms continually sought her advice on how to dress their children, the investment banker’s wife established herself as a kids’ stylist. Referring to herself as a 'mommy concierge' she helps the offspring of upper-class New York parents keep up with the Joneses."

The Joneses are the happiest family on the block.

For her services, Fornes charges $200 an hour, plus an extra $150 per child, noting that it is embarrassing for the parents if their children are spotted in the same clothing as another child. As for establishing the solid foundations for a lifetime of crippling psychological disorders, Monterio sees no issues: "We’ll cross that bridge when we come to it," before exclaiming how reenergizing it is to see her girls dress nice and referring to them as her "little dolls."

Imagine a world where rich people could spend their money without doing interviews about it.

Children's clothing designer Bonnie Young ends it with a bang."I want my kids to have things that are as fine as the things I have. If I’m wearing cashmere, I don’t want them in wool.”

#children
#Exploitation
#fashion
#ny post
#Parents who just really really love their kids is all
#style
Do you know the scoop? Comment below or Send us a Tip