These Magical Star-Shaped Snowflakes Are Swirling Through NYC

It's been snowing star-shaped snowflakes everywhere from Brooklyn to Jersey. Gothamist's Monica Schmelzer saw them around 2 p.m., noting, "The girl next to me at the crosswalk noticed when I did, and we both giggled with glee before walking into the liquor store." 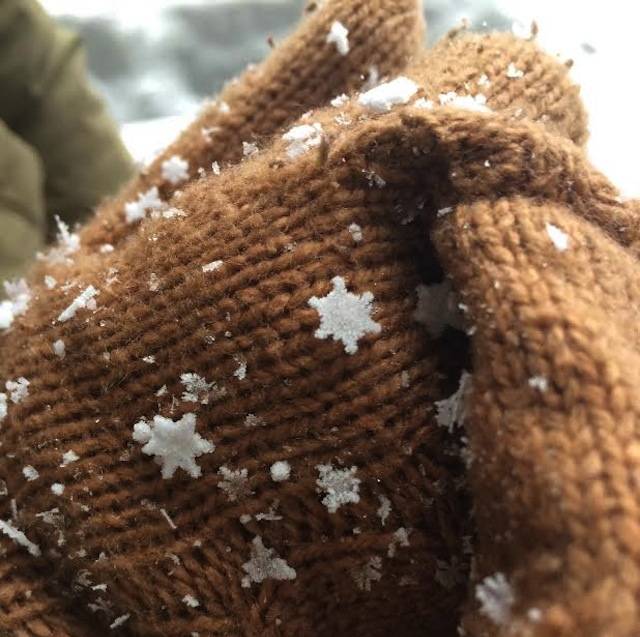 Gothamist weatherman Joe Schumacher tells us, "Those are rimed crystals—snowflakes with cloud droplets frozen on them."

Here's what snowflakes look like up close, they're all sort of star-shaped, but of course unique in their own special way... just not as cool-looking to the naked eye.

Others have spotted this magic snow as well:

GUYS THE SNOW IS FALLING IN STAR FORMATION IM SO AMAZED pic.twitter.com/OcYl6C6S1U

#magic
#snow
#snowflakes
#stars
#weather
#original
Do you know the scoop? Comment below or Send us a Tip