Many years ago, we looked at the history of the 13 stones that sit in Van Cortlandt Park's Putnam Trail. The park contains many rail remnants (including an old passenger platform), but these stones are amongst the most fascinating. 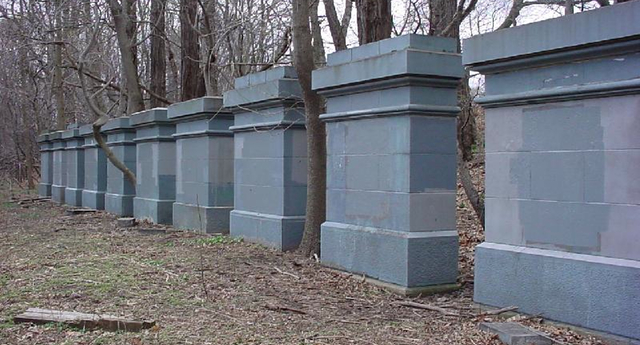 They were sent by quarries and placed in the park sometime during the 1910s by The New York Central Railroad. The samples helped determine which stone weathered best, with the chosen one used as the building material for (the current) Grand Central. "In the end, the second southernmost stone, Indiana limestone, was chosen not for its durability but for its cheaper transportation cost across Vanderbilt's railways."

The pillars—dubbed by some as Cortlandthenge—have since been painted gray, "perhaps to cover up years of graffiti," according to Hudson Valley Ruins.

#flashback
#grand central
#grand central terminal
#history
#Van Cortlandt Park
#original
Do you know the scoop? Comment below or Send us a Tip