The Women's March Finally Gets A 'New Yorker' Cover

"Why hasn't The New Yorker done a women's march cover? Why is THIS lady sledding on their cover next week? The march has been planned for a while."

Anyway, obviously we knew The New Yorker would come through, and they have. This week's cover features an homage to Rosie the Riveter by artist Abigail Gray Swartz, and it's titled: "The March." 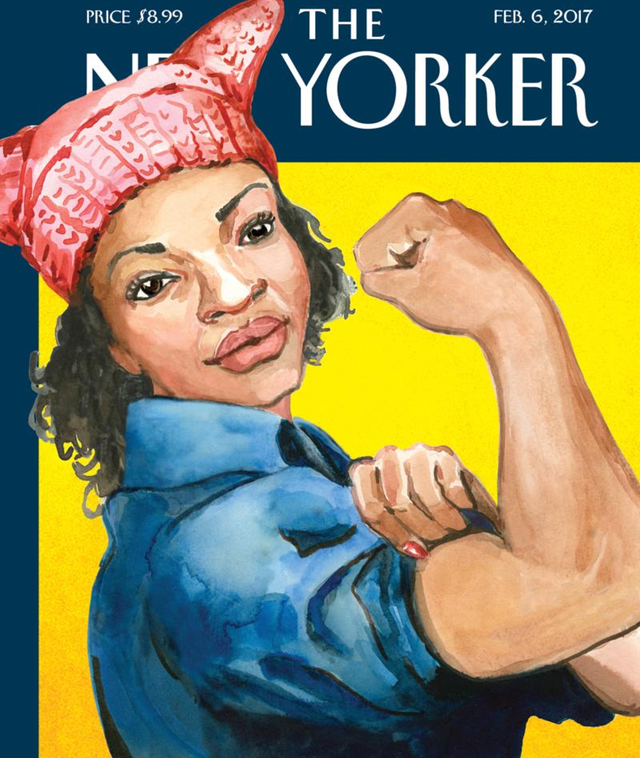 Swartz told The New Yorker that, while she didn't attend the Women's March on Washington, she did attend a sister march in Maine. "I marched for all those who need our support, for equality and diversity,” she said.

The issue is on newsstands this week.

#cover
#rosie the riverter
#the new yorker
#women's march
Do you know the scoop? Comment below or Send us a Tip
A new Gothamist is coming! We’ve moved comments over to our beta site. Click here to join the conversation and get a preview of our new website.