The Week Ahead: 2001 With The Philharmonic, Wine Riot & More

After a sleepy summer NYC's cultural engine is building up steam this week, with plenty of theater, music and food to fill up any blank slots on your calendar. Tomorrow, as everyone knows, is Shake Shack Concrete Cronut Day AND the two-year anniversary of Occupy Wall Street.

One highlight is the New York Philharmonic's weeklong series "The Art of the Score," which features a series of screenings celebrating the art of movie music. On Friday and Saturday night they're screening Stanley Kubrick's 1968 film 2001: A Space Odyssey, with the classical score (Strauss, Ligeti) performed live by the Philharmonic. The Friday night performance is sold out, but tickets are still available for Saturday night.

Here's more from our September Guide: 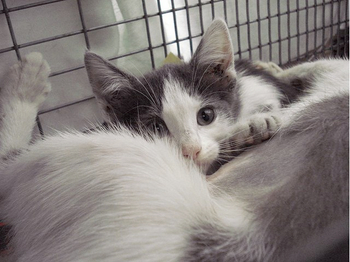 Finding loving homes for kitties is the name of the game for Brooklyn Animal Action, a volunteer organization which has rescued over 800 cats to date. Guarantee their future success at the Fundraiser for Stray Animals, an evening of dining, drinking and silent auction in support of the group's efforts. The special guest for the evening is Virginia Yancey, Founder and Executive Director of Love and Hope Animal Sanctuary and former Justice of the New York Supreme Court.

The Stone Park Cafe co-sponsors the event and supplies the tasty eats, including Kobe Beef Pigs in a Blanket, Crispy Arancini with Parmesan and Bruschetta with Red Pepper and Tomato.

#2001
#culture
#fun
#original
Do you know the scoop? Comment below or Send us a Tip