The Very Best Things To Do In NYC This Week

An Evening of Adventures in Inuit Art @ Explorers Club

The executive director of the Inuit Art Institute is in town for a talk on the history of art in Inuit culture. Presented in conjunction with Adventure Canada, the evening will include tales of Arctic explorers visiting Inuit artists across the province, the way various types of art have shaped Inuit culture, how these works have been received around the world, and the Inuit Art Institute's role in supporting the artists' success.

The Simulacrum of Yore Society has cordially invited you to do at their 10th-annual Ice Ball. The ball is a flashmob-style "public performance-art happening," for which participants gather at a wintery location dressed for a fancy ball. It's only a semi-guerilla event; the rink is expecting the revelers and will play waltzes and classical music during the course of the ball, and there will be group performances of dances like the Viennice Waltz. Formalwear is, of course, required. 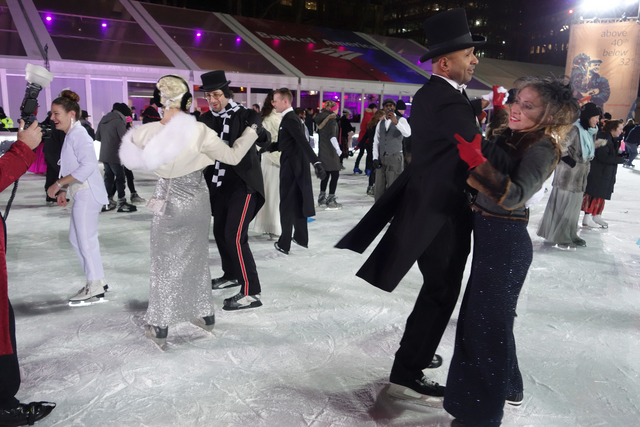 Come for the smart conversation, stay for the eats. Body of Work / Body as Work celebrates the launch of the second issue of GRLSQUASH, a Boston-based woman’s food, art, and culture publication. The first part of the evening is a panel discussion about activism, art, and food, with visual artist Danie Drankwalter, chef Jenny Dorsey, Woke Foods founder Ysanet Batista, and Bitten founder Naz Riahi. After that there will be treats by Yooeating and an artist market featuring Put a Egg On It, Woke Foods, Sonic Yonix, Overseasoned Amy, and lots more.

Nothing Is: How Sun Ra, Amiri Baraka, and Octavia Butler Supercharged the Black Arts With Post-Apocalyptic Cosmic Consciousness @ Brooklyn Museum

Celebrate 20 years of the Burnt Sugar Arkestra Chamber, a group that has been described as a "funk-rock-electronic-samba-soul-jazz-fusion-whatever ensemble." They're performing in conjunction with the Brooklyn Museum's current exhibit, Soul of a Nation: Art in the Age of Black Power. The evening also includes 1960s and 1970s Black Power anthems, as well as an interactive lecture by author and critic Greg Tate on the ways politics and music influenced one another during the Black Power era.

Did You Wonder Who Fired the Gun? @ UnionDocs

Head to Brooklyn's tiny but fierce nonprofit film center UnionDocs for a pretty unusual event. Documentarian Travis Wilkerson will do a live documentary performance that is "part séance, part detective story, and part horror story." The film is a strange, frightening journey through the American South that blends the personal and political, incorporating everything from To Kill a Mockingbird to the music of Janelle Monáe to Rosa Parks’a investigative journalism. No less than the New York Times calls it “an extraordinary first-person documentary.”

Take a journey through the African diaspora with Urban Bush Women, a performance troupe that has been projecting the voices of under-heard people of color since 1985. Their latest piece is a durational dance-theater work that "explores beauty, identity, and race through the lens of hair." The evening begins with pre-show activities in the lobby, including special guest performances, DJs, conversations, and a story booth, where audiences can share their own tales. The performance itself weaves together a medley of personal narratives "exploring disquieting ideas of beauty, identity, and race" gathered everywhere from kitchen tables to YouTube, ultimately "celebrating the path to freedom and self-love in extraordinary times." The show runs for two weekends.

A Night of Philosophy and Ideas @ Brooklyn Public Library

Harken back to your (or someone's) college days by staying up all night and talking about philosophy at the library. Brooklyn Public Library and the Cultural Services of the French Embassy have teamed up to present this marathon information exchange, full of philosophical debate, performances, screenings, readings, and music. There will be talks on everything from AI and biased algorithms to the art of the philosophical op-ed to the Taoist long-life practice, as well as musicians curated by National Sawdust and Brooklyn Art Song Society, live performances of WNYC's "10 Things That Scare Me" podcast, Flexn dance battles, a puppet show produced by the Tank with puppet versions of Noam Chomsky, Ayn Rand, and Elon Musk, and a dharma talk and meditation at dawn. Plus a lot more.

Take a listen to some unlikely collaborators' intercontinental sound exchange. Ndagga Rhythm Force is the combined efforts of German techno pioneer Mark Ernestus and Senegalese sabar musicians who play mbalax, polyrhythmic dance music based on drums with a thundering beat. The sound melds syncopated sabar, talking-drum percussion, ethereal guitar, marimba synth, and Wolof singing, and the whole package is described as "frenetic, yet rooted in a lurching dubwise sensibility." This is the group's first-ever live performance in America, and it's presented by Blank Forms, a nonprofit dedicated to supporting underrepresented artists. (The show was originally scheduled for last summer, but all the band members with Muslim-sounding names were denied entry into the country.) 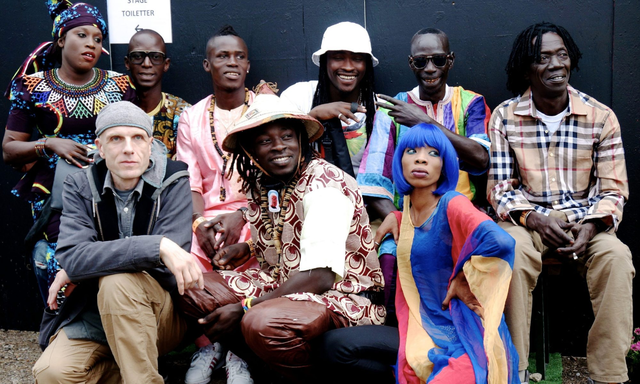 Sure you could go to a buddy's place and watch the big game on their big TV. Or you could do it House of Yes–style: full of genderbending cheerleaders, drag queens, pop-star impersonators, and a post-game dance party, as well as all the beer buckets, jalapeño poppers, and hot wings you can handle. This is the fourth annual House of Yes immersive Superb Owl; in past years they've produced a massive and absurd halftime show based loosely in the real one. This year, the crew has decided that Maroon 5 is "too boring" and "not fun enough for drag queens to write choreography for," so the halftime spectacle will be a medley of the gayest pop songs ever. That's got to be worth getting off the couch for, right?

Wish a very happy birthday to Queer Soup Night, a Brooklyn-born queer party based on, well, soup. Each event is about sharing space, highlighting queer chefs, and sharing food, and each time, proceeds go to a different community org. The anniversary party benefits Immigrant Families Together, an organization dedicated to legal representation, bail bonds, and ongoing support for families separated at the border. The soup will come from chefs at The Eddy, Zadie’s Oyster House, Eleven Madison Park, Babydudes, and both/&, and there will also be savory flatbreads from Gertie, birthday cakes by Butter & Scotch and MeMe’s Diner, and cocktails by Butch Judy’s.