The Three Best Lawn Games for Summer in NYC

While you could probably play this on any mostly flat, spacious lawn, Central Park has bowling greens just for the game. The game has a long history in New York City. Did you know Manhattan's Bowling Green is named after a bowling green that was created there in 1733? When a subway station came to the area in 1914, the green was moved to the Central Park location.

How: The game itself is sort of like bocce or petanque, and the founder of the Metropolitan Lawn Bowling Club of New York has explained it as such: "Up close, it is a one-on-one struggle, a duel, a contest where every bowl is a competitive thrust and parry. Quite simply, a small white ball, the 'jack' is rolled down a close cropped grass lawn 120 feet long by 15 feet wide, called the 'rink.' The jack comes to rest about 75 feet down the rink and is centered. Players then take turns "delivering" three pound bowls in the direction of the jack. Once all have rolled their bowls (generally four per person), points are awarded to those closest to the jack. The game is interesting because the bowls are not round but elliptical—cut on the bias—causing them to curve anywhere from two-thirds to three-quarters of the way along their run. In effect, you have to aim to one side of the jack, not straight on."

Gear: You can find lawn bowling equipment here—balls start around $99.

Attire: The proper attire for a game is all whites and flat shoes. And the New York Lawn Bowling Club gives free lessons on Mondays from 4:45 to 7:30 p.m. Just check out their etiquette tips before going.

BOCCE is very similar, but has it's own courts around the city. In fact, there are a ton of bocce courts around the 5 boroughs. And when tournaments aren't taking place, the courts are first-come, first-served and no permits are required to play. 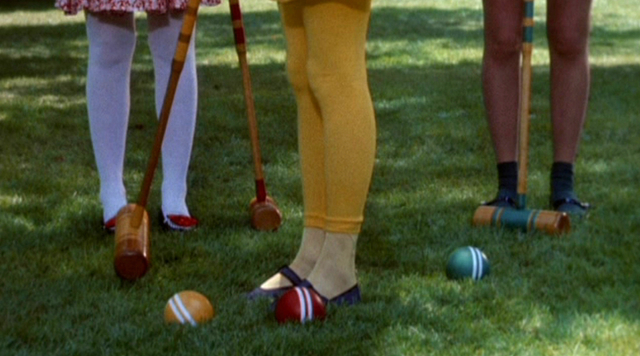 How: There are too many variations on the Rules and Regulations of Croquet, including competitive and social forms, so we will direct you here and you can decide which way works for you. The most popular social croquet that you'll see in parks is 9-wicket croquet or Backyard croquet.

Gear: Amazon has a lot of options for croquet sets, from $29 to $57 and higher. They all come with everyone you need, including a nice travel bag—the light, compact kits make this a great game option for the city. 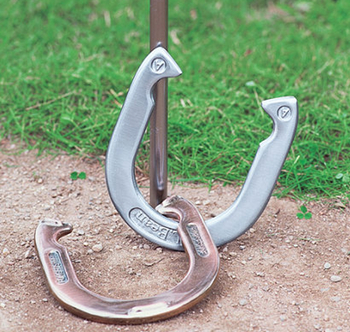 While the game can get more complex with court building and pitching style, at its core horseshoes just requires two people (or two teams of two people), four horseshoes, and two throwing targets (stakes) which are traditionally placed 40 feet apart. But if you just want to toss something around and not be so strict about the guidelines, this is a straightforward one. If you want to really get into it, read The National Horseshoe Pitchers Association (NHPA) guidelines.

Gear: Amazon has a nice rubber set that won't even damage the lawn for just $17. If you want a fancy set, LL Bean has a nice steel one for around $70.

Attire: You know, whatever you want. But if you're in a pit, it can get dirty. Speaking of which, if you want to build a horseshoe pit in your backyard, let this guy teach you how... he's like the Hunter S. Thompson of building horseshoe pits:

And while there used to be more outdoor shuffleboard courts around town, there aren't too many now. Though the Royal Palms Shuffleboard Parlor should be opening this year!