New York City’s official magician was a tiny man, somewhere between 5’2” and 5’5”. He kept the rabbits he pulled from top hats in his bathtub, scribbled jokes and trivia on napkins, and drove terribly. Name a card and he could pull it from his pocket. When he came back from work, neighborhood kids followed him from his car to his Parkchester home, Pied Piper-like, hoping to see a trick. His name was Abraham Hurwitz, but everyone called him “Doc.”

Truth be told, Hurwitz may actually have been the unofficial “official magician” of New York City. While a New York Times obituary notes that Mayor Fiorello LaGuardia gave him the title during the Great Depression, no family members could definitively corroborate this, and a search of city records yielded no evidence.

But this much is clear: For 18 years, Hurwitz was the only magician to perform on the City’s dime and was the chief architect behind the Parks Department’s youth magic program. In both these capacities, he was something of a pitchman for the idea that magic could transform lives and promote civic values. 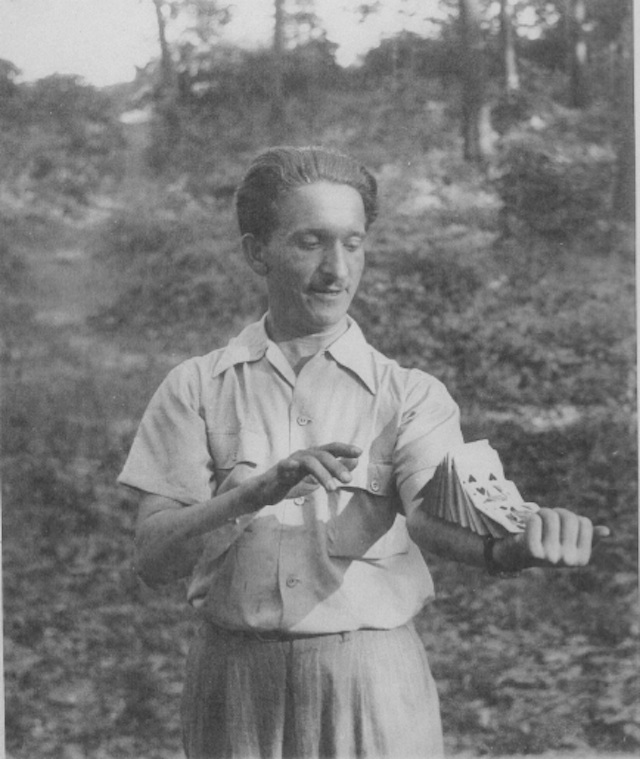 Over the years, Hurwitz’s magical persona became a crucial part of his identity. But when he first took the job with the city, in 1931, it largely served a practical function. He was a 26-year-old physical education professor at Yeshiva College at the time and not earning enough to support his wife Ann, a music coordinator for the New York Board of Education, and their two daughters. Magic provided the extra income.

Just 15 years earlier, at the age of 9, he’d arrived in the United States from Lithuania. He’d discovered magic in the 1920s while working as a counselor at the Brooklyn Hebrew Orphan Asylum when a magician came to perform for the boys in his care.

“I was envious of the attention they had given to him but to no other teacher or leader,” Hurwitz recalled in the introduction to a book he co-authored, Magic for Non-Magicians. “I saw that his magic had a power that could be employed in working with those boys, so I, too, became a magician.”

Hurwitz’s term as a civil servant came at a transformative time for New York City parks. During World War I, according to Robert Z. Melnick, the city cut its spending on parks in half, resulting in their rapid decline. That started to change in 1934 when Mayor La Guardia broke up the independent parks departments in the five boroughs and consolidated them into a single city-wide entity, with Robert Moses as its commissioner.

Using federal New Deal dollars, 1,800 engineers and designers were employed to expand and modernize the public spaces, and, in 1934, 70,000 workers were engaged in construction projects at parks around the city.

Among those projects were hundreds of new playgrounds, including one at Sara D. Roosevelt Park on the Lower East Side. That was where Hurwitz held meetings of the Peter Pan Magic Club on Saturday mornings. 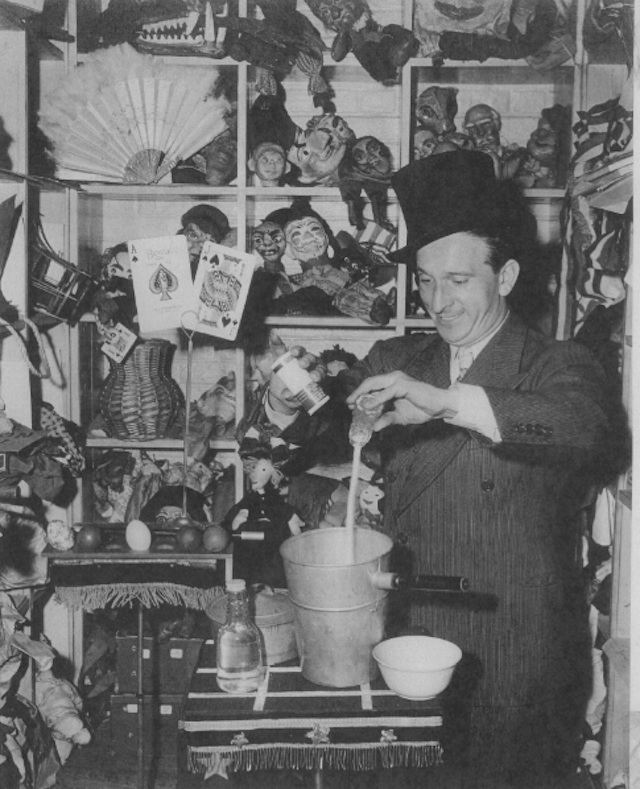 The November 24, 1945 meeting of the club, which by then had been renamed Future American Magical Entertainers (F.A.M.E.) started with a rope demonstration by Harry Roz-On, president of the International Brotherhood of Magicians Ring 26, followed by presentations from several of the young members. As Howie Schwarzman recalled in a column for Tannen’s Magic Manuscript magazine, one made a birdcage disappear, another showed off a floating bulb, and several did card tricks.

Magic, according to Hurwitz, wasn’t simply the art of trickery, but rather, anything odd or unusual that, as his daughter Shari once described it, “violates the rules of cause and effect.” Shadow play, puppets, chalk talk, ventriloquism and paper tearing, in Hurwitz’s view, all fell under the umbrella of the “magical arts” and were therefore fair game at the club.

Their studies culminated with an annual magic revue, held each fall at the Mall in Central Park. In 1944, according to the New York Times, a thousand people came to watch the performers, who were between the ages of 10 and 17. There was a slight breeze that October day, the Times reported, which “brought misfortune to some of the performers”: “The ‘Brooklyn rope trick,’ for instance, as offered by Charles Rosen, was halted when his elaborate cardboard apparatus blew down. But, given a second chance, Charles made the rope stand up on his board and the toy snake charmer disappeared on schedule to the accompaniment of a chorus of good-natured applause.”

They may have been novices, but the kids took the club seriously. Many of them would, in fact, go on to careers in magic, including Schwartzman, Dick Brooks, and George Schindler, who still remembers Hurwitz giving him a blond dummy he called Matilda, and introducing ventriloquism to him with it. 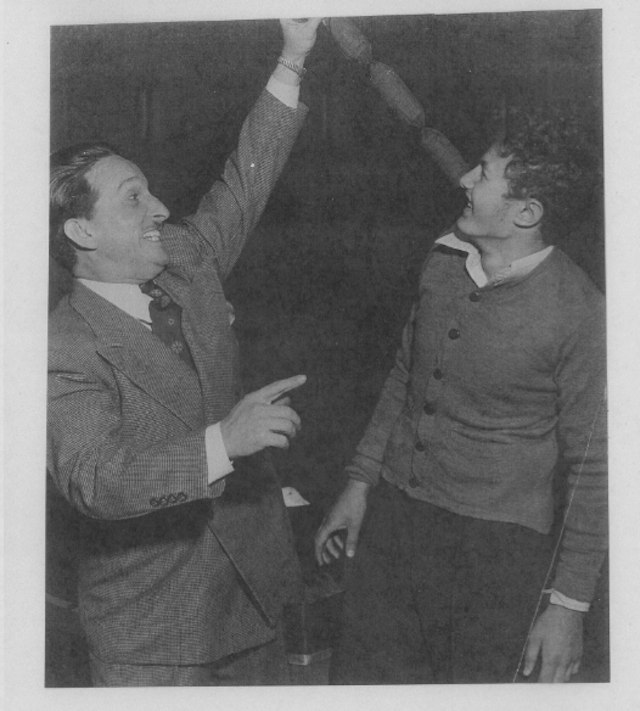 One of Hurwitz’s most famous protégées was his daughter, Shari Lewis (née Sonia Phyllis Hurwitz), who, at the age of 12 was already conjuring her father’s rabbit, Oscar, out of a top hat for audiences. While she was a talented magician, she ultimately took more to ventriloquism and puppeteering, skills she’d use in her Emmy-winning TV show, Lamb Chop’s Play-Along.

Growing up the daughter of the city’s official magician provided a fun, if unconventional childhood, Lewis's sister Barbara O’Kun told us. Hurwitz often brought his work home with him, she said, and as a result, the family’s Parkchester apartment often served as a kind of way-station for magicians and other entertainers — ventriloquists, belly dancers, musical saw players — who needed a place to stay.

“Those magicians would eat with us, sleep with us. He took care of them and they taught him all their new inventions. People knew him as the most knowledgeable magician. His belief was whatever you have can be taken away from you, but whatever you know nobody can take away. He was always having us learn things,” O’Kun said.

By the time Mallory Lewis, Shari’s daughter, was old enough to remember her grandparents, they had already retired to Hallandale, Florida. But her grandfather was still the same spritely character and could be relied upon to pull a silver dollar from behind ears and produce candy from his pockets. As a teenager, she recalls, on a visit to Hallandale, she decided to go to the nearby Diplomat hotel one night with a cousin to “pick up guys.” She said when they told Hurwitz about their plans his response was “casual.” But they soon learned his true feelings.

“We realized halfway through the evening that he was trying to hide behind potted palms in the lobby to keep an eye on us. He must have thought he was invisible or something. I don’t know. He was super cute,” she said.

For Hurwitz, magic wasn’t just entertainment — it was education. In his performances as Peter Pan the Magic Man, he’d use it to demonstrate how to cross streets safely and to illustrate stories from the Bible. He taught courses on it to Yeshiva University students preparing for jobs as camp counselors and recreation leaders. It could also, he thought, be used as a form of therapy. During World War II, he told the New York Times he hoped his students would perform in hospitals for returning soldiers.

“Right now, we can’t have too much fun and laughter. We all need it and especially so the men who have been through the shock of battle. Magic, with is color, variety, humor and mental challenge, can help mend them,” he said. 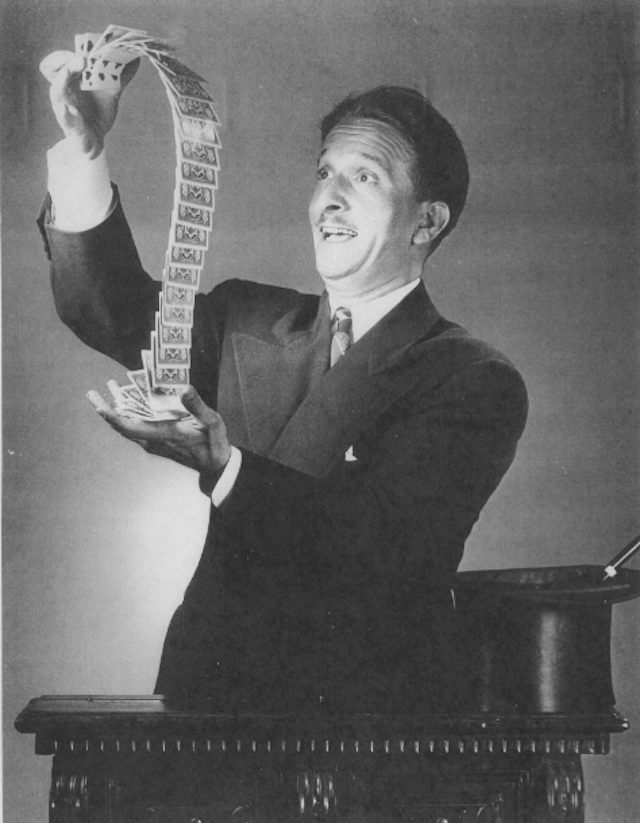 Mostly, however, Hurwitz was interested in what magic could do for children — that is, if it was done right. In an article he wrote entitled “Entertaining Children With Magic,” he provided a litany of recommendations for those who might try it: Save tricks with animals for the end of the show. Keep chatter to a minimum. Use tricks that bang, burst and pop. Don’t send a child away from the stage for misbehavior. Don’t lower her ego. Don’t belittle her efforts. A good magician, in his eyes, was as much a master of psychology as showmanship.

Satisfying young audiences is no easy task, but it’s important, he told the New York Times in 1957. Live performance is ephemeral, after all — but joy is eternal.

“What impresses a child or pleases him will remain in his mind a long time. When you make a child happy you delight him not only for the moment but, through his memories and associations, for many years to come, perhaps for a lifetime,” he said.

Jordan G. Teicher is a freelance journalist based in New York City. He's been published by Slate, NPR and Wired, among other publications.

#Abraham Hurwitz
#parks department
#Shari Lewis
#longform
#original
Do you know the scoop? Comment below or Send us a Tip