The Statue Of Liberty Was Basically The First Kickstarter Project

Comedy Central's Drunk History just returned, and this season includes a three sheets to the wind re-telling of how the Statue Of Liberty made it to New York City with a little bit of help from Joseph Pulitzer, who crowdfunded this thing way before Kickstarter was around.

That's all true—when the American Committee for the Statue of Liberty ran out of funds for the Statue's pedestal in 1884, Pulitzer urged Americans (via his newspaper New York World) to donate money. After six months he raised $100,000, which was more than enough. Here was his plea from March 1885:

"We must raise the money! The World is the people's paper, and now it appeals to the people to come forward and raise the money. The $250,000 that the making of the Statue cost was paid in by the masses of the French people—by the working men, the tradesmen, the shop girls, the artisans- by all, irrespective of class or condition. Let us respond in like manner. Let us not wait for the millionaires to give us this money. It is not a gift from the millionaires of France to the millionaires of America, but a gift of the whole people of France to the whole people of America." 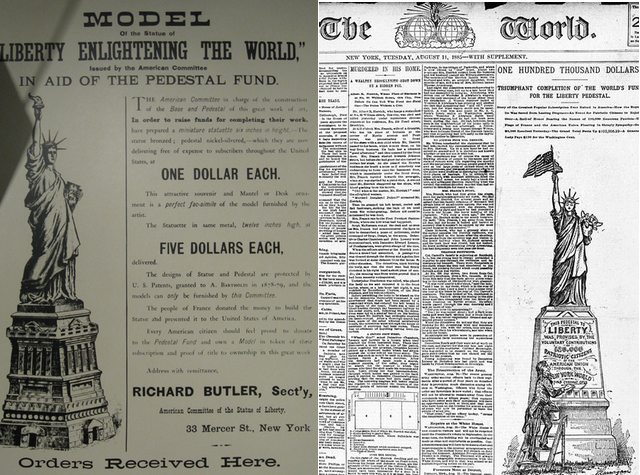 Those who donated even received a gift in return (a small statue)! And the effort was, obviously, a huge success: 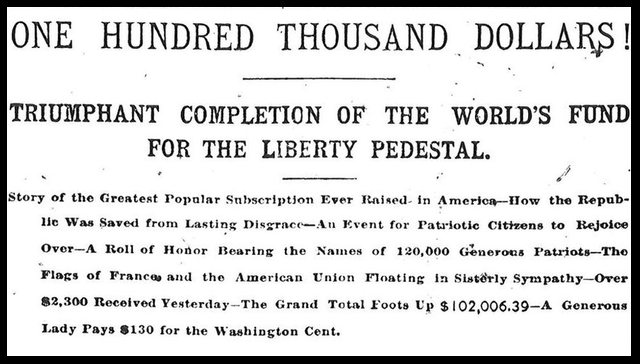 Here are some photos of Lady Liberty before she was fully assembled in 1886.

#drunk history
#original kickstarter
#statue of liberty
#original
Do you know the scoop? Comment below or Send us a Tip