On Thursday afternoon, and for the sixth spring in a row, a colossal white tent on Randall's Island became the center of the contemporary art world, as dealers and gallerists, collectors and speculators, art fans and the artists themselves all gathered across the river for the Frieze Art Fair.

Even though there were several pointed, political pieces on display, the overall mood of the fair, as one attendee at the VIP preview said, was "distinctly lighter" than in past years.

It's still one hell of a commitment though, as the NY Times stated in their guide to fighting fatigue at this year's show. 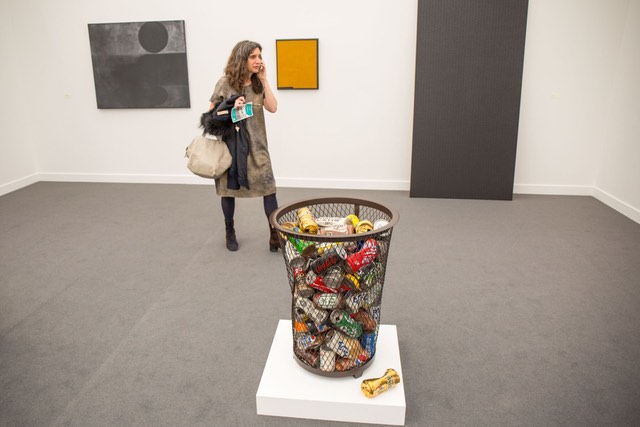 Frieze is open to the public starting Friday, with tickets running about $50, plus transportation. It's an enormous exhibition, however, with works from more than 1,000 different artists and tremendous people-watching opportunities, so you do get your money's worth. And if you need refueling there's plenty of good food available for not-outrageous prices, from the likes of Roberta's, Court Street Grocers, Russ and Daughters, and Morgenstern's ice cream.

Frieze is located in Randall's Island Park. See the location on Google Maps.

#frieze
#randall's island
#original
Do you know the scoop? Comment below or Send us a Tip