The "Reversible Destiny Loft" From GIRLS Is On Airbnb The third episode in this season of GIRLS was called "Japan," and brought us to Tokyo where Shoshanna has been living. One of the more visually incredible moments of the show is when she is shown standing on her balcony, the camera capturing a wide view of her colorful apartment building. It's unlike anything you have ever seen in New York City, and likely anywhere else. (And the best apartment on GIRLS since Charlie's Bed-Stuy studio.) 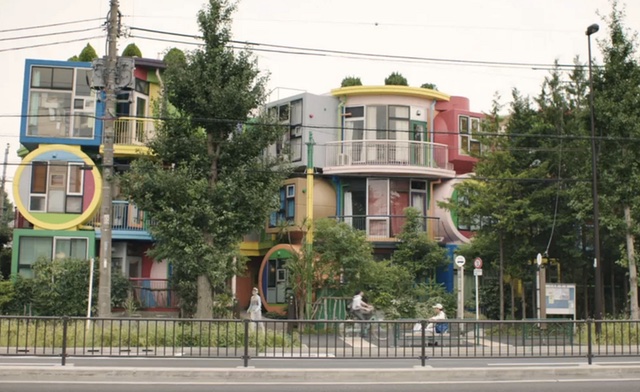 What's going on inside is even more spectacular, and despite being so outside of the aesthetic typically seen in NYC, the company that created the building, called The Reversible Destiny Loft (who wouldn't sign that lease?), is actually based here, right on West Houston Street. And there's a house version (called the Bioscleave House) in the Hamptons. 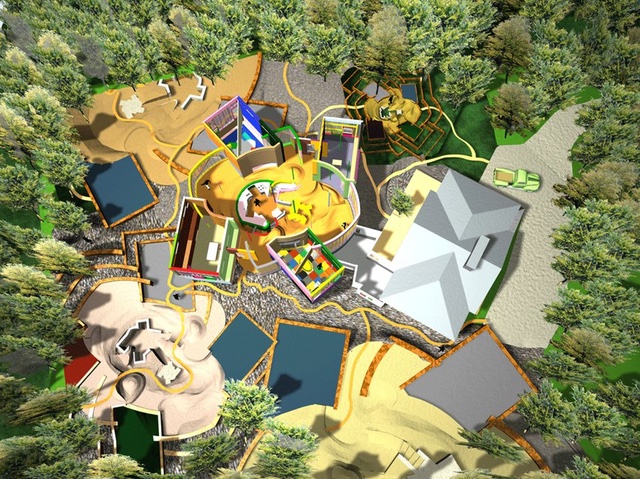 According to an old NY Times piece, the house in the Hamptons belonged to the dream team behind the whole reversible destiny concept, the late architects Madeline Gins and Shusaku Arakawa, who co-authored a book titled Making Dying Illegal. The idea behind their architecture reflects that title—they want the inhabitants of their homes to get out of their routine and, well, defeat mortality. An interesting goal for a home that one must sign a waiver for before entering, given the uneven flooring and other things that an adult may injure themselves on (no children allowed).

The circa-2005 lofts in Japan (dedicated to Helen Keller and located in the suburb of Mitaka) are especially exemplary of, as Curbed put it, the purpose of forcing "inhabitants to reconsider their routines and interactions." The design features a sunken kitchen in the middle, with pod-like rooms circling it. One for sleeping. One for working. One for showering. And so on. 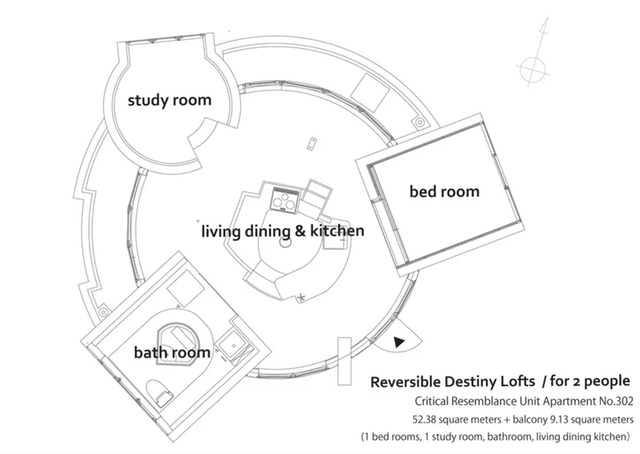 The unit used for Shoshanna's apartment on GIRLS is currently up on Airbnb, for the bargain price of $117/night (immortality subject to The Universe), and another is renting for $137/night.

#apartment
#girls
#japan
#lofts
#real estate
#reversible destiny
#original
Do you know the scoop? Comment below or Send us a Tip