The Rabbi Who Found His Second Calling: Movie Extra

Rabbi Eliezer Gevirtz rested his broad frame into a chair in a Riverdale café and ordered a falafel platter with a glass of milk. He was wearing a checkered grey blazer over a white shirt with a red tie and had a big knitted black yarmulke on his head. He carried with him a blue canvas bag and in it was a small manila envelope containing about a dozen photos from various TV, Broadway and movie sets. Larry, as he’s known on IMDB, has 35 acting credits to his name.

“You probably recognize him,” he said pointing to one of him and Neil Patrick Harris. It was taken following the filming of a scene on How I Met Your Mother.

Gevirtz, 66, grew up in Washington Heights and has lived alone in Riverdale for 22 years. He taught math and Judaic Studies at a local Jewish day school from 1981 to 2013 and has also written and edited number of books: a biography of the Chofetz Chaim, a famous 19th century rabbi, as well as a guide to the basic laws of Shabbat, and a young adult detective book titled The Mystery of the Missing Bar Mitzvah Gift.

These days he spends his time tutoring and writing, but occasionally he’ll cue up Craigslist, click on the “talent” button and type “extra” into the search box.

The first listing he ever responded to appeared in a newspaper, The Jewish Press, around 1980. The film's producers were looking for men with beards. Gevirtz at the time had no previous acting experience and no desire to transition into a full time career in the arts. But he decided to pick up the phone and dial the number from the ad. He was told the movie was called The Chosen and based on the novel, of the same name, by the author Chaim Potok.

“I thought it would be an interesting experience,” Gevirtz said when asked why he initially inquired about the job. “When I was told what it was for a book that I read and liked I figured why not.” He spent two days on set and had a blast.

“It wasn’t Star Wars, it didn’t take the world by storm,” he said. “But it was a film that was known and distributed, something I could talk to people about and that would last.” 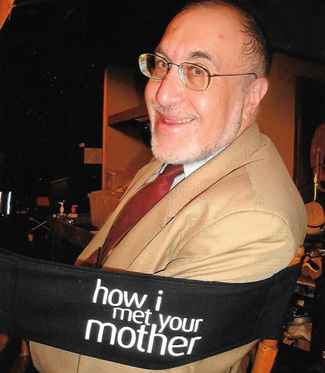 Since then he’s appeared in a film or two almost every year. Some are for film students, who often require hours of work at strange times in strange places for no pay. Once, Gevirtz spent the night riding the subway back and forth from Brooklyn to Queens playing a homeless man. The filmmaker had no money and therefore no permit. If cops stepped onto the car filming would halt.

Then there are the major productions. “Those are the experiences that you can tell people about, the ones that make a great story,” Gevirtz said. He brought up the time some of his students giddily approached him about a Jake and Amir sketched he appeared in on CollegeHumor.com, and the time he got to stand in the background during a flash mob scene of the Justin Timberlake and Mila Kunis film, Friends With Benefits.

He then told the story about the time he won a charity auction - by placing the highest bid - to appear as an extra on Broadway in Rodgers + Hammerstein’s Cinderella. The package included being called out on stage following the show to take a bow. Someone even asked for his autograph afterwards. “That was definitely a first,” he said.

Gevirtz took out a picture of him posing with the cast. He noted how nice they all were, and how he got to go backstage and see how everything works. He said those are the opportunities that he cherishes, but that there’s also more to his peculiar hobby.

“Most of the things you do in life, they disappear immediately afterwards,” he said. “There’s no record of them. But with film, that moment is frozen, you can look at it again and again and say, There I am, there, I left something behind.”

Yaron Weitzman is a freelance writer based in New York whose work has appeared in SB Nation, SLAM Magazine and Tablet Magazine. Follow him on Twitter @YaronWeitzman

#acting
#rabbi
#triple threats
Do you know the scoop? Comment below or Send us a Tip