The Outsiders in NYC 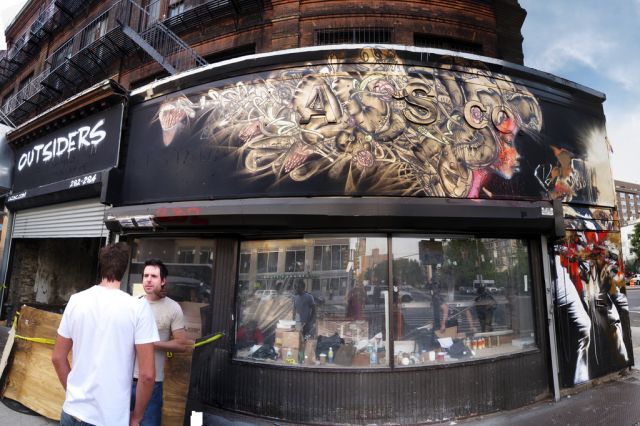 London street-art gallery scenesters are taking over part of Bowery starting tomorrow. The gallery Lazarides (owned by Banksy's agent, of the same name) is coming cross the pond and setting up a pop-up gallery in a former restaurant supply store at 282 Bowery. The show is titled The Outsiders, and the works will be housed both inside and outside of the space. Here's what to expect:

That last piece mentioned is currently still being held in customs! And Mr. Lazarides told the NY Sun that the street-art popping up nearby the temporary gallery is not associated with his exhibit, nor is it associated with his star client, Banksy, who won't be involved with the show. Lazarides told the paper, "there's nothing by him in the show at all. He's just planning his own big shows at the moment, so he didn't have time to contribute." Meanwhile, the locals don't want the rich Brits in town! Check out a preview of what's in store on Flickr.