The OED Acknowledges "Manspreading" Is A Real Word

Hankspreading still not in the OED.

"The practice whereby a man, especially one travelling on public transport, adopts a sitting position with his legs wide apart, in such a way as to encroach on an adjacent seat or seats." This is the definition of manspreading per the Oxford English Dictionary, where it is has now joined other words. Like awesomesauce :(

The Guardian explains that the word will only appear in their online edition... for now.

New words, senses, and phrases are added to oxforddictionaries.com once editors have gathered enough independent evidence to be confident they have widespread currency in English, but they do not gain entry into the Oxford English Dictionary unless continued historical use can be shown.

Fiona McPherson, a lexicographer and senior editor of Oxford Dictionaries, believes that words and phrases like this do not mean humans are now idiots—"it’s not really about dumbing down, it’s more creative ways that people are using language."

But let's get back to manspreading, which was even acknowledged by the MTA during their recent etiquette campaign—should the official definition exclude women, who have also been known to get their spread on? 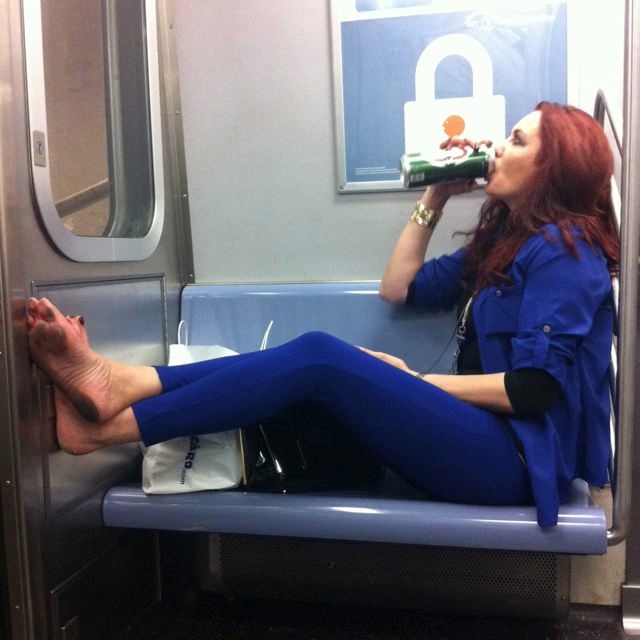 #manspreading
#oed
Do you know the scoop? Comment below or Send us a Tip