The Most Unforgettable Subway Moments Of 2016

There were no bedbug scares or subway condoms to contend with, but the subway remained the weirdest and potentially wondrous public setting for New Yorkers in 2016. On any given day, you could spot Emma Watson leaving books under seats, dogs in backpacks, time travelers from our dystopian future, or even the rare empty train car. Just as with previous years, we've taken a look back at some of the most unforgettable subway moments of the year that was.

Ratstaking And Ratsgiving: 2016 started with Gothamist's exclusive investigation into Zardulu, Pizza Rat and the world of mysterious YouTube hoaxes. The Washington Post eventually caught on and confirmed our suspicions, but that didn't do much to stop a bunch more viral rats coming into our lives, including Pita Rat, Cannibal Rat, Pizza Rag, and Escalator Rat. Regardless of what is or isn't a real viral rat, you should still be wary of very real rats commandeering your body while snoozing on the subway.

New Yorkers Just Missing The Subway: There is no quintessential NYC experience quite like running down a subway station platform with your arms flapping all about like a distressed penguin, making eye contact with the conductor, and then hesitantly stretching out your hand to try to slip between the doors before they close. Sometimes it works, and sometimes, as in the video below, it does not.

When you ask a manspreader to move, and this is his response. Photo: the astute @susannecraig. Photoshop to protect the man's identity: me. pic.twitter.com/boceo4aOaA

Subway Therapy Wall: The ingenious and beautiful spontaneous art project, which started after the election with a few Post-It note pads and pens in the 14th Street tunnel between Sixth and Seventh Avenues, has now become a piece of New York history. 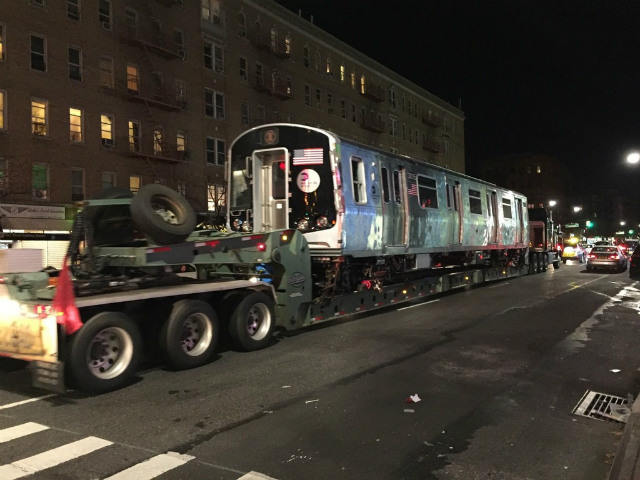 Halloween 2016: New Yorkers are very passionate about America's favorite pagan-ish tradition, and there was no shortage of witty, hilarious, weird, and head-scratching costumes to be found underground. 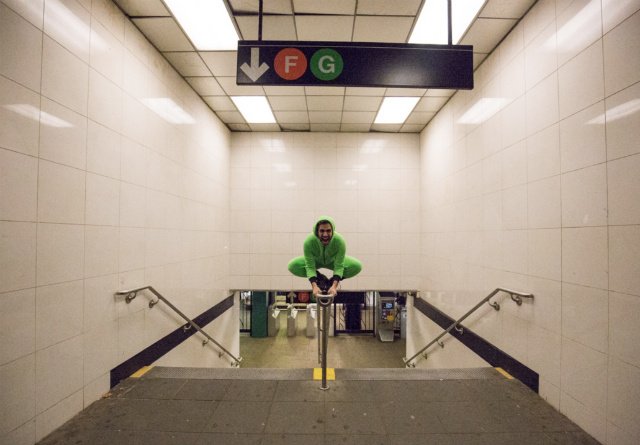 Gregg T, Subway Hero:Gregg T., aka Gregg Turkin, an attorney in the NYPD's Legal Bureau, became the face of the MTA's "New Yorkers Keep New York Safe" safety ad campaign. He turned out to be the Dr. Zizmor we deserved, but didn't necessarily want.

All Aboard The Crab Train: We've been witness to an all-you-can-scream buffet of subway nightmares, but this was certainly a new experience. Bonus: there was also the less immediately gross, but still disconcerting, cricket train.

The MetroCard Struggle Is Real: Hillary Clinton had problems swiping (and SNL made fun of her for it). But as we learned, even the most jaded New Yorker has taken a swipe and been nailed in the crotch by the turnstile bar. There is no Ted Williams of the turnstile.

Subway Head Shavers: Among the many things you should probably wait to do until you get home—clip your nails, pop your partner's pimples, watch porn—we added "shaving your head during rush hour" to the list this year.

Second Avenue Subway/Return Of The W Train: We can't believe it either. As recently as last week, we were prepared for the project to be delayed well into 2017. But Governor Cuomo says the first ceremonial ride on the Second Avenue Subway is really happening on December 31st. Coupled with the return of the W train, this was a very good year for railfans. 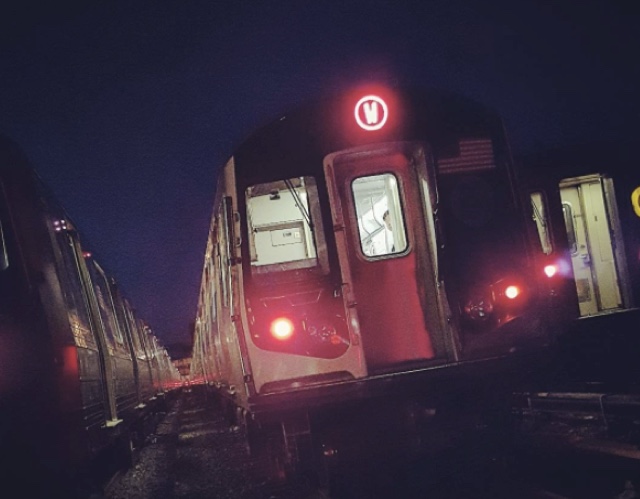 The W train wakes up (From the NYC Transit's Instagram)

Subway Etiquette Fight Club: The philosophical battle over subway etiquette, one which we've documented in great detail over the years, finally turned physical this year, with multiple fights being sparked. There were fist fights over manspreading, someone was stabbed over a seat dispute, two teens attacked an elderly lady who asked them to remove their feet from the seat, and a teen allegedly slashed a straphanger who complained about him blocking the turnstiles.

The Biggest Subway Jerk Of 2016: The video has long since been removed, but thankfully, we wrote out a play-by-play of straphangers standing up to a giant doofus ("Saint Butt") who insisted on smoking cigarettes on the F train. 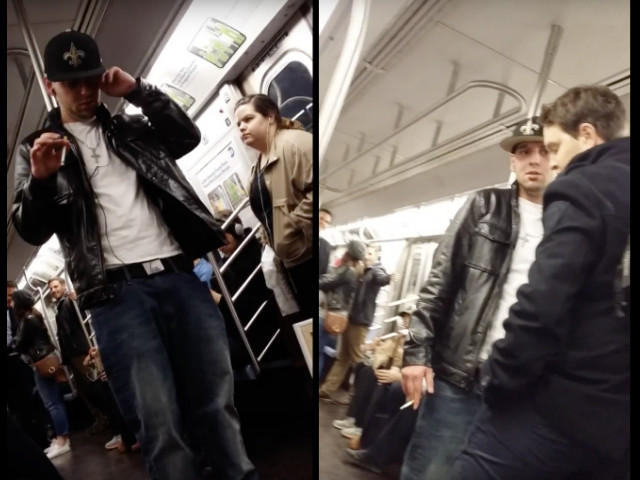 Subway Heroes Join Forces To Rescue A Man From The Tracks: In June, a group of good Samaritans rescued a man who fell into the subway tracks in lower Manhattan, pulling him out minutes before a train pulled into the station. CUNY student Sumeja Tulic was on the platform during the incident and documented the brave rescue effort. It's always inspiring to see New Yorkers coming together in a crisis to help someone in need.