This afternoon the Squibb Park Pedestrian Bridge finally opened, giving people one more way to travel from Brooklyn Bridge Park's Pier 1 to the Brooklyn Heights Promenade, and vice versa (prior to this, there were only like, two ways to do this). The $5 million bridge was first announced last April, with installation taking place from December through this past month. Upon learning it was open, we decided to give it a test walk. Some notes: 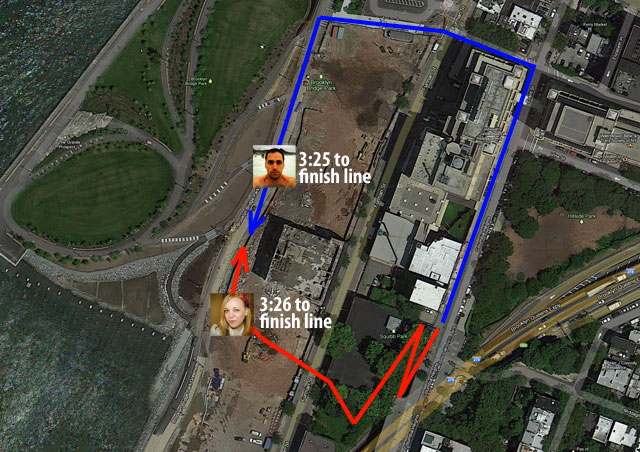 #most important bridge of our lifetime
#pedestrian bridge
#squibb bridge
#squibb park
#original
Do you know the scoop? Comment below or Send us a Tip