The 'Moonstruck Tree' Has Been Chopped Down

The tree in Moonstruck, and the stump this morning (Jen Carlson/Gothamist)

In the 1987 classic Moonstruck, Cher walked by a tree at the corner of Cranberry Street and Columbia Heights in Brooklyn Heights, located at the other end of the block from where her house was. Are you sitting down? That tree is now dead, felled by the hands of human. The arborcide took place sometime at the end of January, and as of this morning all that remains is a short stump, covered with ice-snow, almost as if it were never there. 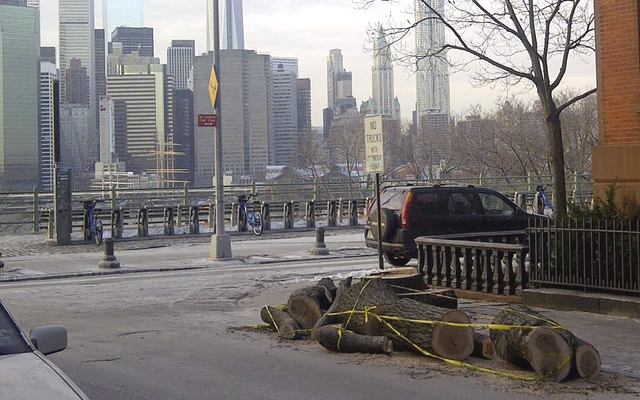 The tree carcass after it was felled in January.

A tipster sent us some photos from the murder scene, saying he noticed the "oak tree in a notable scene from Moonstruck had just been chopped down. A resident of the street I spoke with was annoyed—she said the tree was healthy, even after Sandy, and that it was at least 80 years old. I couldn’t stop to count them but, looking at the tree rings, it definitely was quite an old tree." 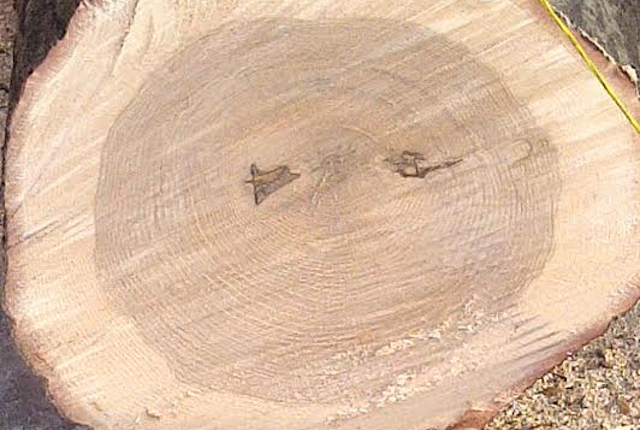 According to a spokeswoman for the Parks Department, the tree—which also appeared in the 1970 flick The Landlord—underwent “extensive evaluation," and was found to have a “wood decay fungus.” R.I.P. Moonstruck Tree. At least you probably weren't slain to sate our arboreal bloodlust.

Still mourning? Snap out of it! With this then & now video:

#arborcide
#brooklyn heights
#famous tree
#Moonstruck
#moonstruck tree
#rip tree
Do you know the scoop? Comment below or Send us a Tip
A new Gothamist is coming! We’ve moved comments over to our beta site. Click here to join the conversation and get a preview of our new website.