The Monocle, Once Stylish, Again Stylish, At One Time Not Stylish This week the NY Times revisited the monocle, which they declared is back. Is it? Probably not. But the eyewear has turned up in the publication time and again over the past century or so (just like pubic hair). Below, a brief look into the Grey Lady's obsession with the one-lens fashion. 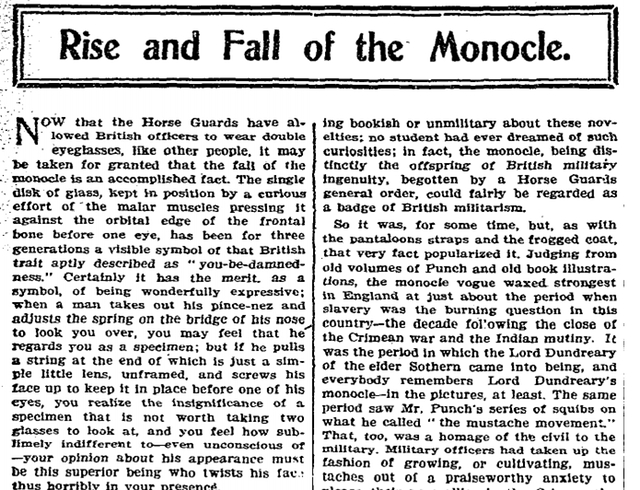 Rise and Fall of the Monocle. April 20th, 1902: "The single disk of glass, kept in position by a curious effort of the malar muscles pressing it against the orbital edge of the frontal bone before one eye, has been for three generations a visible symbol of that British trait aptly described as 'you-be-damnedness.' Certainly it has the merit, as a symbol, of being wonderfully expressive... " And yet, the monocle had fallen at this time. 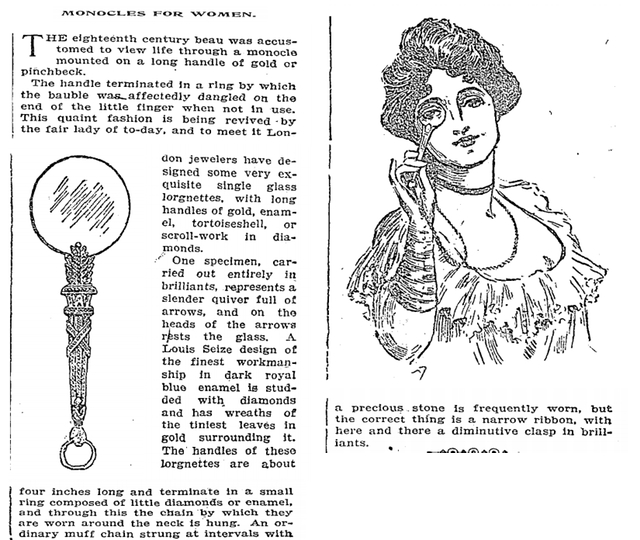 Monocles For Women. May 22nd, 1904: "This quaint fashion is being revived by the fair lady of today, and to meet it London jewelers have designed some very exquisite glass lorgnettes, with long handles of gold... or scroll work in diamonds." 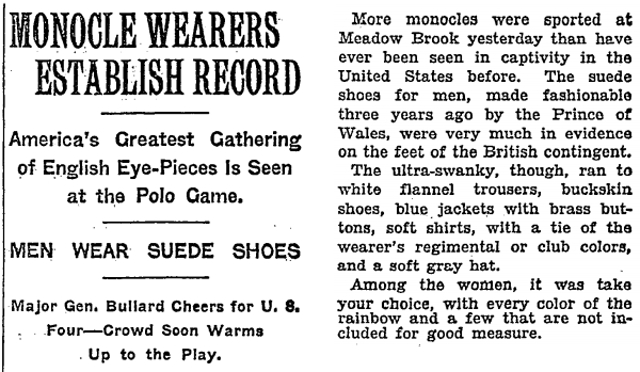 Monocole Wearers Established Record. September 11th, 1927: "More monocles were sported at Meadow Brook yesterday than have ever been seen in captivity in the United States before." 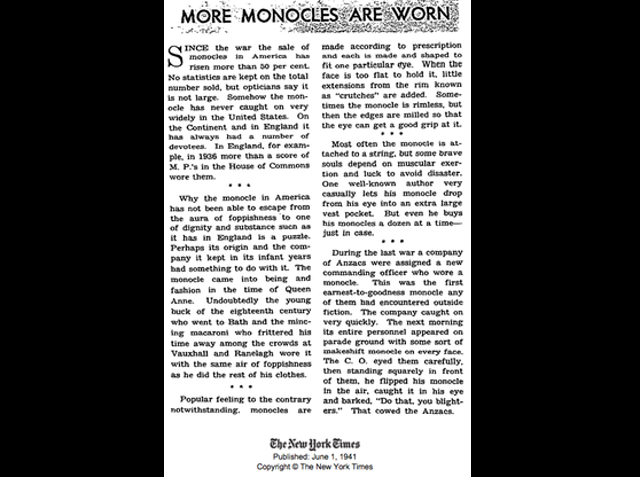 More Monocles Are Worn. June 1st, 1941. "Since the war the sale of monocles in America has risen more than 50 percent. No statistics are kept on the total number sold, but opticians say it is not large. Somehow the monocle has never caught on very widely in the United States." 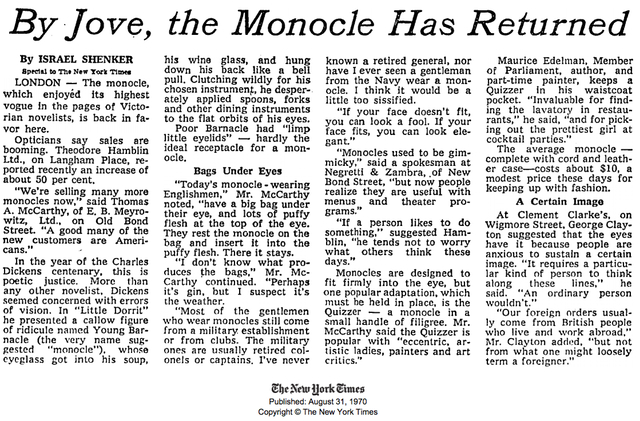 By Jove, The Monocle Has Returned. August 31st, 1970: "The monocle, which enjoyed its highest vogue in the pages of Victorian novelists, is back in favor here. Opticians say sales are booming. 'We're selling many more monocles now,' said Thomas A. McCarthy of E.B. Meyrowitz on Old Bond Street (London), 'A good many of the new customers are Americans. Today's monocle-wearing Englishmen,' Mr. McCarthy noted, 'have a big bag under their eye, and lots of puffy flesh at the top of the eye. They rest the monocle on the bag and insert it into the puffy flesh. There it stays. I don't know what produces the bags, perhaps it's gin, but I suspect it's the weather.'"

The Times seemed to ignore when Madonna briefly brought it back in the 1980s, however:

#history
#monocle
#monocles
#ny times
#style section
#trend
#original
Do you know the scoop? Comment below or Send us a Tip